9 Presidents Who Had Infectious Diseases 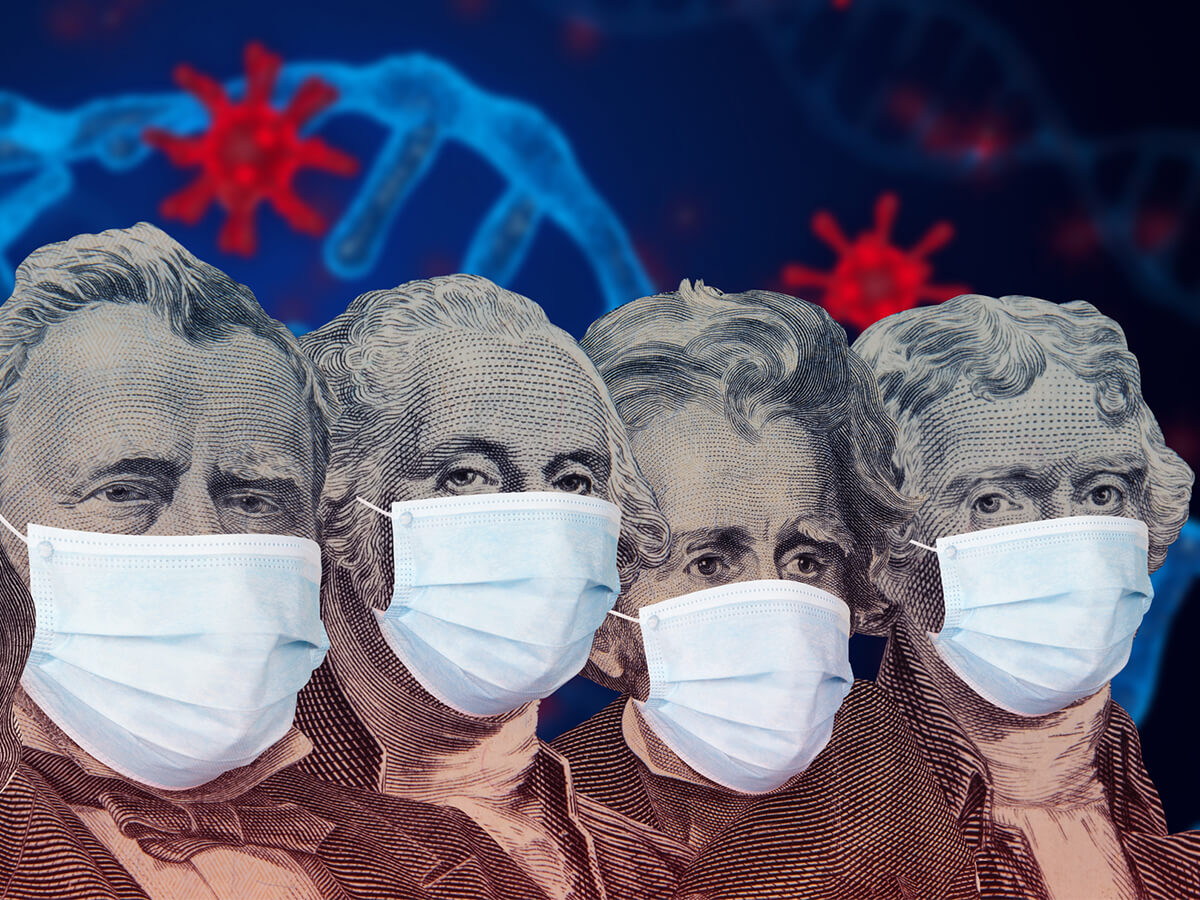 Smallpox, malaria, typhoid fever, polio, and other infectious diseases have caused massive death and destruction since before the United States was founded. American Presidents are certainly not immune to these illnesses. While we may view the leader of the free world as invincible, U.S. Presidents are just as, if not more, susceptible to infectious diseases as the citizens who they serve.

Here is a look at nine U.S. presidents who battled infectious diseases before, during, and/or after their time in the Oval Office.

The “Father of our Country,” George Washington miraculously survived several infectious diseases throughout his life, including reports of tuberculosis, dysentery, and diphtheria. At the age of 17, Washington contracted malaria. While he survived the infection, he did endure several repeat bouts.

According to Mount Vernon, the first American President was one of only a few Virginians exposed to smallpox prior to the American Revolution. Several weeks after visiting his half brother’s uncle in Barbados in 1751, Washington noted that he had been stricken with the disease. Fortunately, this early exposure meant that Washington was protected from a repeat infection during the Revolutionary War.

While George Washington was exposed to smallpox before the Revolutionary War, the 7th President, Andrew Jackson, was not so lucky. At age 14, while being held prisoner by the British, Jackson and his brother both contracted smallpox. Jackson recovered, while his brother succumbed to the disease.

Harrison is best known for his short (one month) tenure as President of the United States. However, his cause of death is not as simple as giving a long inaugural address without wearing a jacket. While there is still debate, many of today’s physicians believe that Harrison may have died from typhoid fever as a result of drinking contaminated water.

The 11th President, James K. Polk suffered for most of his childhood with painful urinary stones. While he lived a relatively healthy adult life, he became another individual to die due to cholera, succumbing to the infection shortly after he left office.

Today, we know that the cause of cholera was dirty water. During the time of Zachary Taylor, many believed the disease was simply an Act of God. Whatever the belief was, it was a fact that the hot and humid conditions in Washington DC contributed to a rise in bacteria in the area’s water supply.

Taylor’s cause of death is disputed by several historians, but it is widely accepted (and announced by his personal physicians), that the 12th President of the United States died from cholera, after only 16 months in office.

“Honest Abe” is one of the most well-known presidents, but his health is frequently in debate. Several books written about the subject contain contradicting information, so it is difficult to separate fact from fiction. Some historians point to Lincoln’s illness following the Gettysburg Address as being attributed to a battle with smallpox.

Cleveland is best known as being the answer to the trivia question, “Which President is the only one to serve two non-consecutive terms?” He is also one of several presidents who had infectious diseases. President Cleveland suffered from typhoid fever at the age of 18.

He drank, smoked cigars, and, during his second term as president, developed cancer of the jaw. He had two secret surgeries to remove the tumor, and, afterwards, he experienced hearing loss. After his terms as president, Cleveland’s daughter fell ill with diphtheria and died in 1904. The loss devastated Cleveland, resulting in his psychological decline. His overall health declined, and he died of a heart attack in 1908.

By now, we have all heard about the Spanish Flu Pandemic of 1918. President Woodrow WIlson was not immune to the effects of the deadly influenza strain. He is said to have contracted the disease shortly after arriving in France for peace talks in the spring of 1919. White House doctor Cary T. Grayson downplayed the president’s illness, although Wilson was reported to have suffered from coughing fits, gastrointestinal symptoms and a 103-degree fever.

Franklin Delano Roosevelt (FDR), the only four-term president, suffered from various illnesses from a young age. He had respiratory troubles shortly after his birth, and his first years included a number of bouts with throat infections, tonsillitis, and pneumonia.

In 1921, Roosevelt got sick while on vacation with his family in Canada. After numerous consultations with doctors, a diagnosis of polio was confirmed. He was secretly moved back to New York. There, he spent months recovering and undergoing physical therapy, though the condition left him requiring the use of a wheelchair.

Due to his constant sitting in a wheelchair, FDR began to suffer from intestinal distress, and his kidneys developed problems. He also experienced atrophy in his legs, leading to strain on his cardiac health. He died of a cerebral hemorrhage during his fourth term as president.

Thanks to the advancement of infectious disease specialists and vaccines, we have been able to prevent the mass spread of many of these illnesses, saving countless lives over the years. In an effort to eliminate vaccine preventable diseases, BoardVitals started the #GiveVax initiative in partnership with Vaccine Ambassadors to provide the equivalent of one vaccine to children and communities in need with each new purchase of a question bank.