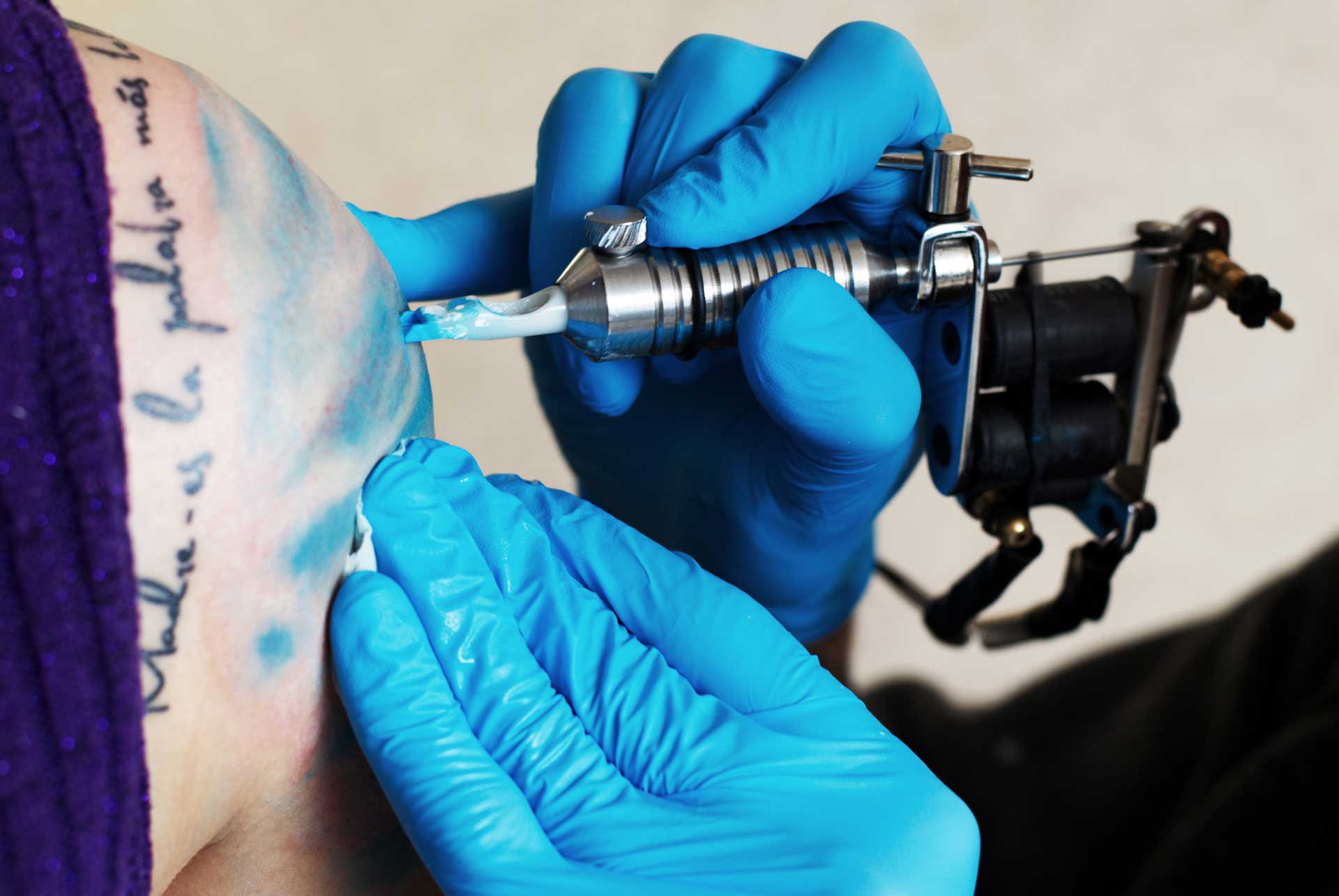 Forty percent of Americans now have tattoos and they don’t simply say “Mom” or “I love Sally”. These days physicians are seeing “tats” that are meant to be instructive, insulting, playful or deeply meaningful. Sometimes physicians are left to discern the level of sincerity in the tattoo itself and if it’s a public statement or an instruction for first responders. This is the tale of tattoos that range from the ridiculous to the sublime and the role they may, or may not, be playing in facilitating physician-patient communication.

The most recent tattoo story to blast across the global media was the case of the 70-year-old inebriated patient who landed in an emergency room with a “Do Not Resuscitate” tattoo on his chest, accompanied by what appeared to be his tattooed signature. Physicians weren’t sure if it represented a legally binding contract or if the patient had changed his mind since having the tattoo. According to the case study published in the New England Journal of Medicine:

“Paramedics brought an unconscious 70-year-old man with a history of chronic obstructive pulmonary disease, diabetes mellitus, and atrial fibrillation to the emergency department, where he was found to have an elevated blood alcohol level. The staff of the medical intensive care unit evaluated him several hours later when hypotension and an anion-gap metabolic acidosis with a pH of 6.81 developed.”

The man had no identification so social workers were called in to try to find his next of kin. In the meantime, clinicians were not able to bring him back to consciousness in order to ask him if the Do Not Resuscitate order was still in effect. At first, physicians decided not to honor the tattoo but soon they felt conflicted due to the “extraordinary effort” the man had gone to in order to make his wishes known. They requested an ethics panel consultation while placing the patient on “empirical antibiotics, intravenous fluid resuscitation and vasopressors, and bilevel positive airway pressure.”

The ethics panel advised the physicians to honor the man’s tattoo. The panel felt it was reasonable to infer that the tattoo “expressed an authentic preference” and that the law “is sometimes not nimble enough to support patient-centered care and respect for patients’ best interests”. As a result, the hospital drew up a DNR order for the man.

The issue was permanently clarified after social workers were able to obtain a copy of his DNR order from the Florida Department of Health. The man’s health deteriorated during the night and he died according to his wishes, without DNR.

In reflecting on the case, the physicians involved wrote, “This patient’s tattooed DNR request produced more confusion than clarity, given concerns about its legality and likely unfounded beliefs that tattoos might represent permanent reminders of regretted decisions made while the person was intoxicated. We were relieved to find his written DNR request, especially because a review of the literature identified a case report of a person whose DNR tattoo did not reflect his current wishes.”

There are other people who have decided that a tattoo is safer than paper or a medical alert bracelet to convey critically important medical information. For example, patients are choosing tattoos that say the following:

A patient described his reasoning for trading in a medical alert bracelet for a tattoo in a patient perspective published on the American Family Physician website:

“I was diagnosed with type 1 diabetes when I was 22 months old. For years, I wore medical alert bracelets or necklaces, but they always seemed to break. At a repair cost of $100 to $125 for each pendant, I thought there had to be a better solution. Why not get a medical alert tattoo?”

Other patients are driven to medical alert tattoos out of desperation, as in the case of a 13-year-old girl that was reported in US News. Her physician sent her to a renowned tattoo artist because  “she literally almost died” due to her severe nut allergy. The girl’s tattoo is a big red cross on her wrist with the words “nut allergies.”

The Things That Doctors See

We don’t have to tell you that doctors see things that defy reason. Tattoos are no different; they humor, concern and bewilder the physicians who see them. Here is a sampling from studentdoctornetwork.com.

We have a patient that comes into the ER where I work who has a huge swastika tattoo on his neck. He always comes in beat up. Can’t imagine why.

I saw one in that area (mons pubis) that said: “Lucky you”. Strange, no one in the room felt lucky. I also saw a guy in the OR once that had “hot rod” tattooed on his (genitals).

In Germany, a doctor refused to perform thyroid surgery on a 36-year-old man who had a tattoo of an imperial eagle sitting on a swastika. The doctor said “I can’t operate on this man. I am Jewish.” He left the patient and found a senior colleague who would conduct the surgery.

Tattoos, Empathy, and a Restored Life

Then there is the case of the talented tattoo artist Vinnie Myers in Baltimore who restores dignity for women who have had mastectomies. It began when a local physician approached him to help finish breast reconstructions with tattoos. Now Myer is sought after by breast cancer survivors for the realistic, 3-D areolas and nipples that he tattoos on reconstructed breasts. It is the end of a long, arduous journey for women who have survived surgery, chemotherapy, and radiation. One woman said “It’s such an incredible feeling to look in the mirror and you feel like you’re whole and you’re a woman again. It completely gave me my confidence back.”

Tattoos are bound to become wilder and more adventurous with time. As a physician, you can only hope you have a strong ethics panel available to you that can decipher exactly what you are supposed to take away from the inked instructions you see.

Emergency Medicine Board Review for the ABEM Exam