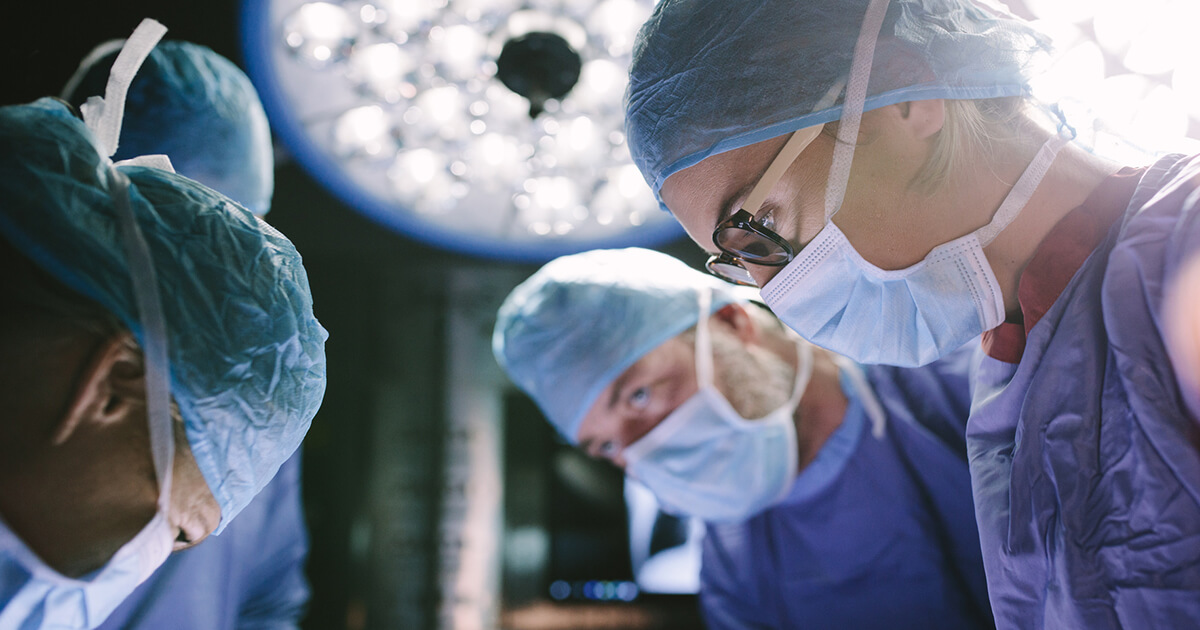 The General Surgery Qualifying Exam is one of two exams you must pass to become board certified in general surgery. While this exam has a relatively high pass rate (91% in 2021), it is essential that you study as much as possible before test day. Drilling large question blocks will help you be ready for the length and pacing of the exam. Start preparing for the General Surgery Board Exam and test your knowledge with these practice questions from the BoardVitals Surgery Question Bank:

A 45-year-old man suffers a massive intracranial hemorrhage from a previously undiagnosed aneurysm and despite aggressive medical and surgical management, is deemed unsalvageable. The surgical critical care fellow has been taking care of this patient and is very involved in the discussions with the family. The family eventually decides to withdraw care and consents to organ donation. At the time of organ harvest, the transplant surgeon invites the fellow to join them in the operating room since this is a good “teaching opportunity.” The fellow should do which of the following?

A. Accepting this could be seen as a conflict of interest, and he should therefore decline
B. Accept this because as a trainee, there is no conflict of interest, and this would be an educational opportunity
C. Accept this but as an observer only since he is a critical care fellow and not a transplant fellow
D. Accept but go to the operating room only with the written consent of the family
E. Accept and participate in the procedure since it is educational, but without informing the family

Answer: A. Accepting this could be seen as a conﬂict of interest, and he should therefore decline.

Perceived conﬂict of interest can occur when there is overlap or confusion between the treating team and the transplantation team. Indeed, consent rates have been shown to be up to three times greater when an optimal request pattern was pursued, including clear separation between the treatment team and the donation requester. The surgical critical care fellow is a member of the treatment care team, and although he may not be involved in the discussion of organ donation and obtaining consent for transplantation, is at risk of appearing to have conﬂicting motivations.

An 80-year-old man with a Glasgow Coma Scale score of 15 is admitted to the intensive care unit three hours following a fall from ground level. Bilateral proximal humerus fractures have been splinted. CT scans of the brain and cervical spine show a 1cm left frontal lobe intracerebral contusion and chronic degenerative changes to the cervical spine without acute fracture. Neurological assessment show good motor strength and reﬂexes in the lower extremities. Motor strength in the upper extremities is difﬁcult to fully assess due to the fractures, but the patient appears to have bilateral loss of ﬁne motor movement in the ﬁngers and weakness with wrist ﬂexion and extension. These ﬁndings are most consistent with:

Central cord syndrome is commonly associated with falls in the elderly. The injury affects motor strength in the upper extremities more severely than the lower extremities. These patients frequently have spinal stenosis and the mechanism of injury is usually a hyperextension injury resulting in vascular compromise to the central portion of the cervical spinal cord. Since the cervical ﬁbers controlling motor function to the upper extremities are located more medially than the lower motor ﬁbers, the effects are more prominent in the upper extremity motor neurons. Sensory ﬁndings are variable and sphincter control may also be affected.