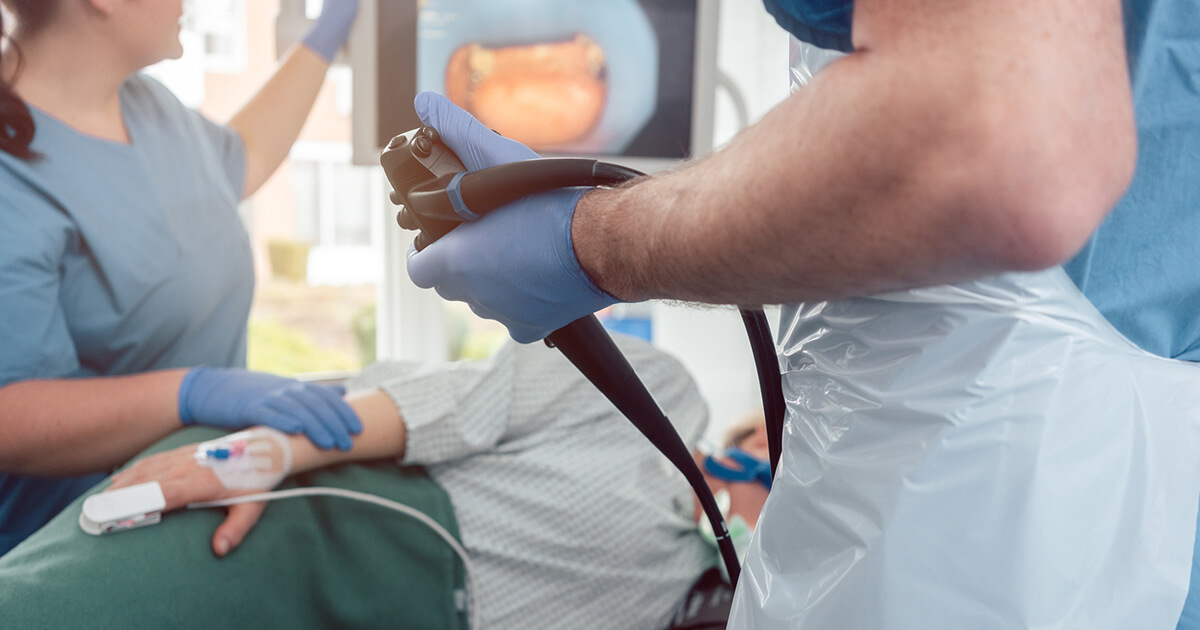 The Gastroenterology Certification Exam is a difficult exam containing 240 multiple-choice questions. One of the best ways you can prepare for the Gastro boards is by taking practice questions to identify weak areas. See where you stand and start your prep today with these free questions from the BoardVitals Gastroenterology Question Bank.

A 20 year old male college student is diagnosed with celiac disease based on serologic and histologic evaluation. He is started on a gluten-free diet that he has taken great pains to follow despite his busy schedule. He notes that he only buys grains and cereals, including oatmeal, which are labeled as gluten free even when dining in the school cafeteria. However, his symptoms continue to persist. Which of the following items in his diet is least likely to be contaminating his gluten-free diet?

Buckwheat pancakes are made from buckwheat, which does not contain gluten and does not exacerbate celiac disease. Béchamel sauce, as well as other sauces and marinades, may contain thickeners that contribute gluten to the diet. This is not always obvious, especially given that he likely eats part of the time in the college cafeteria. Strawberry milk, as well as other flavored milks, may contain thickeners, and/or other additives that could contribute gluten to his diet. Some herbal teas may also contain gluten, depending on their composition. Thus, the current American College of Gastroenterology guidelines for the management of celiac disease, recommends that all patients with non-responsive celiac disease meet with a dietician to ensure that their diets are devoid of gluten given not all products are necessarily labeled for this purpose. Key Point: All patients with celiac disease need to meet with a dietician in order to be adequately educated regarding dietary sources of gluten.

Which of the following statements regarding the use of endoclips in the management of GI bleeding is true?

A. Endoclip alone is superior to injection therapy in the management of Dieulefoy lesions as well as Mallory-Weiss tears
B. Endoclip is the preferred mode of treatment for diverticular bleeds, as it has been proven to a lower incidence of perforation than thermal coagulation therapy
C. Endoclip therapy has been shown to be effective not only in achieving hemostasis in both immediate and delayed post-polypectomy bleeding but also in the prevention of post-polypectomy bleeding in patients at high risk for this complication
D. Endoclip therapy for gastrointestinal bleeding secondary to peptic ulcer disease, when compared to thermal coagulation therapy, has similar rates of hemostasis but a lower all-cause mortality rate
E. For hemostasis, endoclip therapy is superior to thermal coagulation therapy in the management of gastrointestinal bleeding secondary to peptic ulcer disease

Looking for more ways to practice? Ace your review and gain access to more than 750 Gastroenterology review questions from the BoardVitals Gastroenterology Question Bank. Sign up for a free trial today.

Can You Answer These 5 PMR Board Practice Questions?