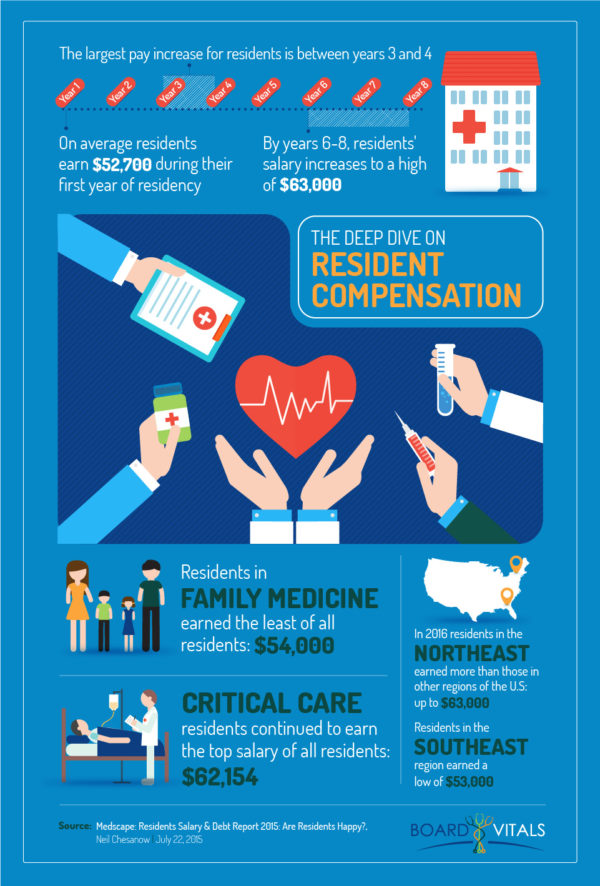 Have you noticed a gap in residents pay? It varies based on specialty, year in study, and gender. Medscape’s annual wage survey is perhaps the largest database of information on this issue. The 2016 survey  polled 1800 residents in 25 specialties (all enrolled in medical resident programs) across the US. The survey found that “The average resident salary—$56,500—was a slight increase over the $55,400 reported in Medscape’s 2015 Residents Salary & Debt Report.” It’s important to note that the lowest paid specialty was primary care, while the highest was critical care. It’s no wonder that there is a dearth of primary care physicians coming out of medical school. So what to do?

Realize that neither education, training, nor experience is likely to close the wage gap; knowledge and fearless negotiating can. Use the US Census Bureau links embedded in this article for salary information and add specific research from your state, available in the Medscape Resident Salary survey and the Medscape Physician Compensation Survey.

Granted, wage equality is an uphill battle, but change is never for the faint of heart. Step by step it is possible to chip away at deeply embedded discrimination and improve wages so that work is valued, and compensated equally.

Want more? Check out some of our recent blog posts:

Medical Training in the Time of Coronavirus