Medical Myths and Hoaxes: Debunked? You Be The Judge. 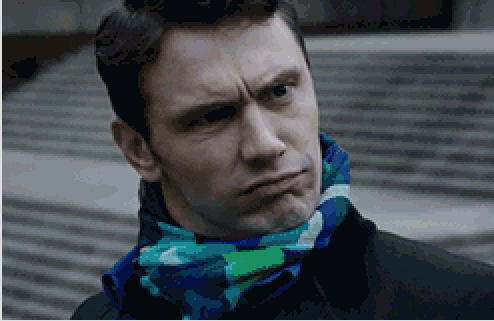 The world of medical myths and hoaxes is at once hilarious and sad. People will believe anything! From rabbits popping out of – well, not a hat – to old wive’s tales that need dispelling, here is the information you absolutely have to have this April Fool’s Day.

Hoax #1: The Rabbit Babies of Mary Toft of Godalming At the tip of the iceberg of medical hoaxes, you will find the story of The Rabbit Babies of Mary Toft of Godalming, circa 1726. Mary began giving birth to rabbit babies and when her family summoned the local surgeon he ran right over. Much to his amazement, he helped her deliver nine of the little scamps, all dead and mostly rabbit parts, but he was amazed nonetheless. The surgeon quickly wrote to his colleagues asking them to help him investigate this bizarre case.

Soon, the king’s personal surgeon himself arrived and Mary Toft began explaining the situation. During her previous pregnancy, she had an inexplicable craving for rabbit meat. The next thing she knew, she was giving birth to rabbits. With that, the learned men scooped her up and took her to London.

By now (even without the benefit of Jerry Springer) she was a national sensation and crowds surrounded the house where she was staying. Lo and behold, while under constant supervision, she stopped giving birth to rabbits. Then witnesses started coming forward saying they had been supplying her husband with rabbits. When a London surgeon finally said he would have to conduct surgery to investigate what was going on, Mary gave it up. She confessed that she had inserted the dead rabbits inside her womb when no one was looking because she wanted to be famous and receive a pension from the King.

She was in prison for a brief time for fraud and then released without trial. Less than a year later, she gave birth to a normal, human child. Lesson learned – you can’t pull a rabbit out of a hat and you can’t hop between truth and lies.

Hoax #2: The Case of the Miraculous Bullet In 1874, Dr. LeGrand G. Capers wrote about artificial insemination that occurred on a Civil War battlefield in Mississippi. A soldier was hit by a bullet that passed through his testicles, ricocheted and lodged itself in the lower abdomen of a young woman who was watching the battle from her farmhouse porch. A so-called “minnie ball” had ripped into the girl. The doctor patched her up, her abdomen started to swell and months later she gave birth to an eight-pound son.

Naturally, the family was mortified but the girl insisted that she was a virgin. When the doctor examined the infant boy he noticed that the scrotum was unusually enlarged, operated and found a “minnie ball” embedded inside the child. The doctor explained that the bullet must have carried particles of semen from the soldier, impregnated the woman and then worked it’s way into the child.

The story was a complete fabrication that Dr. Capers submitted anonymously to the American Medical Weekly. He wanted to make fun of all the crazy stories coming out of the Civil War, but the joke was on him. The editor of the journal recognized the doctor’s handwriting and printed the piece with Capers name prominently posted as the author. But, the story became a legend and was repeated as true in medical journals as late as 1959.

As parents, you may have been telling your children the following adages as fact since the day they were born, just as your mother told you. None of them are true, but as far as we are concerned, if they help to keep your child well or safe, no harm in keeping the secret.

Medically speaking, these things that are not true:

What do you think? Does chewing gum really stay in your stomach for 7 years? Can a bullet impregnate a woman? Are they all false, or has this entire blog been One Big Fat April Fool’s Joke? You be the judge!

6 Creepy Medical Cases That Will Make Your Skin Crawl

7 Feelings of Getting Matched to a Residency Program