Bizarre Demonstrations of Love That Landed Couples in the ER 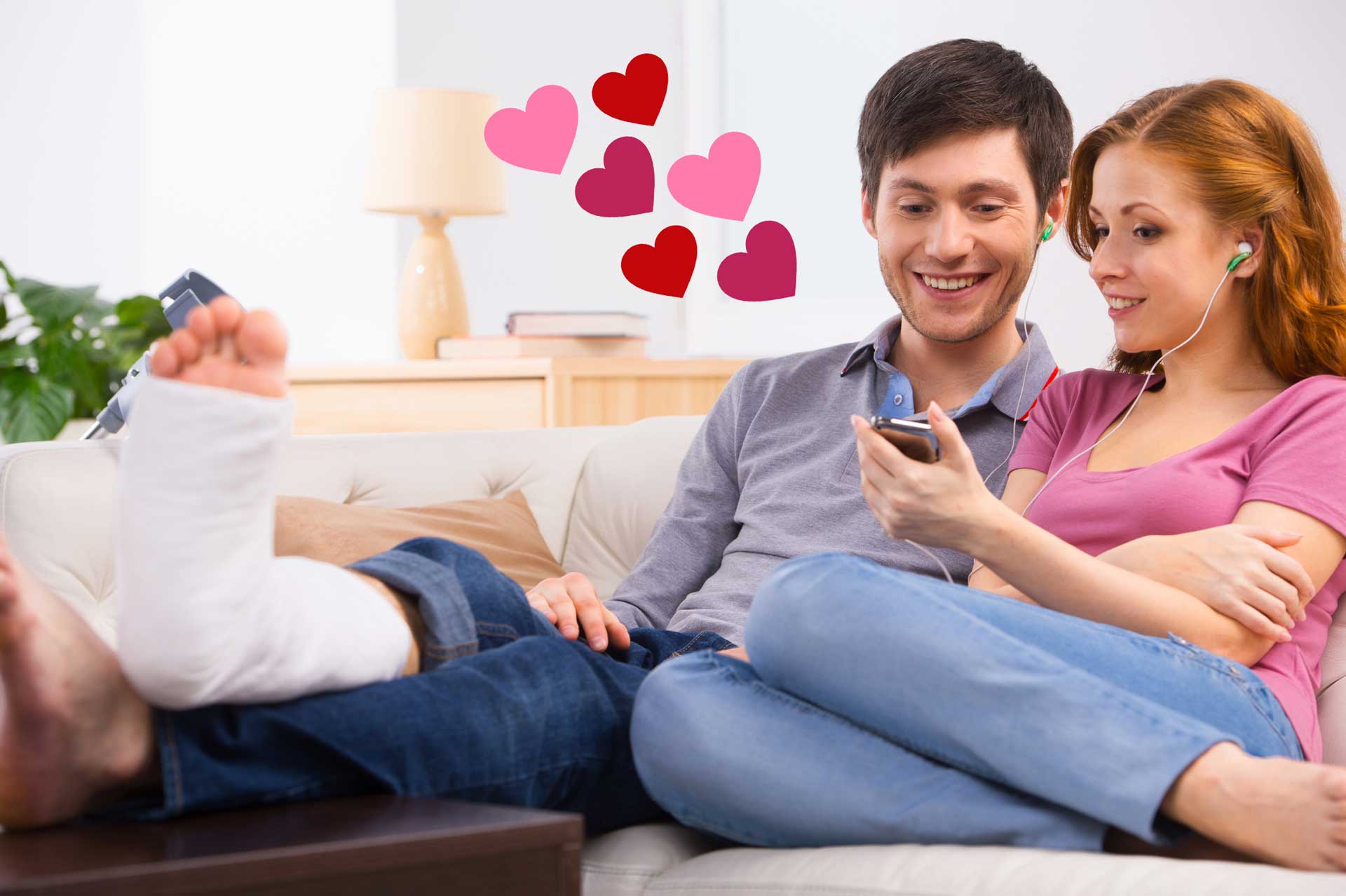 Of all the things that doctors see in their practice, the injuries that come into the emergency room may well rank as some of the most bizarre. “How did that get there?” is a frequent question that sometimes can be answered only with surgery. The eternal quest for physical satisfaction causes many of the most outlandish situations. Considering that Valentine’s Day is near, we thought we would present some examples of crazy demonstrations of love that landed people in the ER. They are peculiar, unusual, wacky, and in some cases, just plain hilarious.

Too much of a good thing: Liz and her partner made love in the morning and she had an orgasm. The orgasm continued when she got out of bed. It continued for another hour. After a while, it became too much of a good thing and Liz tried to stop the orgasm. She jumped up and down, she drank wine, nothing worked. After two hours she headed to the ER, where she continued to experience the orgasm while in the waiting room, much to the amusement of the other patients. After another hour in the hospital, the orgasm stopped – three hours after it began. There is no report of treatments or causes.

Sex and the skirt: After band practice and drinking one night in a rehearsal studio, Andrew and Francine decided to make love on the drum set stool. When they finished they passed out on the sofa. However, Andrew rolled off and split his chin open on the coffee table. He awoke not only to find his chin bleeding profusely, but that his genitals had swollen to the size of an orange. Well, that meant that he couldn’t fit into his skinny jeans. He had to put on Francine’s floral skirt so she could take him to the ER. Doctors diagnosed him with orchitis, an inflammation that causes intense pain, a condition that probably resulted from sex on the drum stool. They stitched up Andrew’s chin and sent him on his way. No word on what he wore leaving the ER.

The aphrodisiac and anaphylactic shock: Bill was told by a friend that watermelon is an aphrodisiac so he ate some on the way to meet his date. He says he started feeling its effects so he decided to rub some of the juice on his genitals. If a little is good a lot must be great, right? The night went well and the two of them started having sex. However, his date was highly allergic to watermelon. She spiked a high fever and broke out in hives. With a long list of food allergies, she knew immediately something was wrong and they rushed her to the ER. After some shots of epinephrine and cortisone, she started feeling better but the couple couldn’t make love for a month until she recovered. Cynthia says she knows he meant well.

Sheet rock sex: We saved the best for last. Gregg was a 21-year-old, 440-pound virgin. His girlfriend was ready for him to lose his virginity and lured him into bed – a twin bed with silk sheets. They started having sex, he started sweating, the sheets got slippery. They were in the missionary position with her head against the wall. Gregg got a little too enthusiastic and with one thrust pushed her head right through the sheetrock. “I thought I had killed her,” Gregg said. They started laughing but when she developed a headache they took her to the ER. Since then Gregg has lost 220 pounds and is a Zumba teacher and kick-boxing coach. The two of them have broken up but they are still friends. In fact, they appeared together on the Discovery Health channel TV show,  “Sex Sent Me to the ER”. Gregg said, “Her boyfriend is fine with the publicity and she likes to laugh too.”

Before we close, here are a few more crazy stories relayed by ER doctors – just in case you need more proof that the insanity you witness every day is shared by others; many, many others.

“I had a couple who had been trying to conceive for over two years. I asked all the usual questions, how often do you have sex, any previous pregnancy, etc. Something seemed off to me during the consult, so I continued to ask questions. Finally, I asked if he ejaculated while inserted into the vagina. Both parties looked confused. Turns out the couple was not having insertional sex at all. I had to awkwardly explain to them how insertional sex works. Diagrams were required.”

“I had a patient come in for an STD check. She was very upset and continued to tell me that she only had one partner. Progressing through my assessment, she further divulged that even if he (her boyfriend) was sleeping with other people it shouldn’t matter ‘because he uses a condom every time and he makes sure to wash it thoroughly after every use’.”

“I had a young woman pick up her NuvaRing (vaginal birth control). She came back in a month to pick up a new one, and was wearing the NuvaRing around her wrist as a bracelet.”

Now when you treat an exceptionally “interesting” patient, you will know beyond a shadow of a doubt that many colleagues stand shoulder to shoulder with you in that wacky universe.