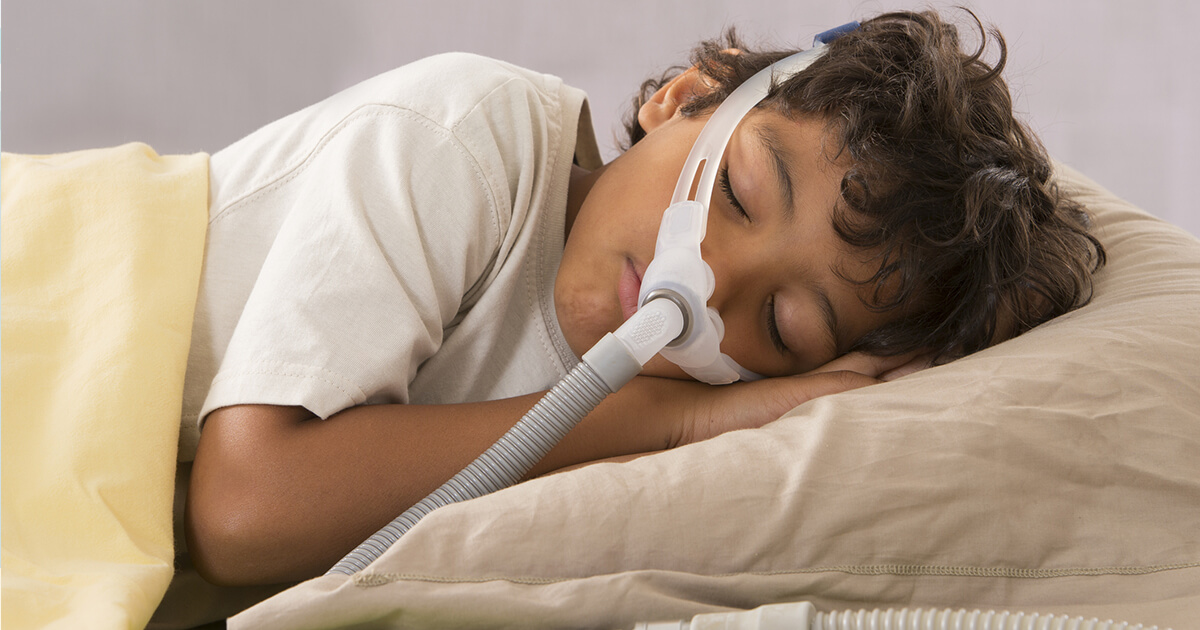 The most likely diagnosis shown in this 30-second epoch is:

Explanations: There is rhythmic foot movement in the right anterior tibial lead. It is not PLMS because the patient is awake. Restless legs syndrome typically occurs just before sleep but has characteristic symptoms (urge to move, etc.) not mentioned in this question. Excessive fragmentary myoclonus is characterized by small movements of the corner of the mouth, fingers or toes, not large limb movements as shown in this PSG.

A 14-year-old obese boy has recurrent episodes lasting up to 10 days, in which he sleeps almost continuously throughout the day and night, waking up only to eat and go to the bathroom. His mother reports that during these episodes he is in a bad mood. In between episodes he is a normal child. Which of the following is the most likely diagnosis?

Explanation: This patient has Kleine-Levin syndrome, which is a type of recurrent hypersomnia. This condition is characterized by recurrent episodes of hypersomnia that typically occur weeks or months apart. The onset is in early adolescence, typically in males, and the episodes can last for several days and sometimes weeks, appearing many times per year. Patients sleep for prolonged periods of time, 18 to 20 hours, waking only to eat and void. During these episodes, patients may have disrupted behaviors, such as irritability, aggressiveness, confusion, hypersexuality, and a voracious appetite. Disturbance of social life is significant during these episodes. In between episodes, patient sleep well and behave normally. This patient does not have idiopathic hypersomnia, narcolepsy, obstructive sleep apnea (OSA), or delayed sleep phase syndrome. Idiopathic hypersomnia is characterized by long-term inability to obtain adequate sleep, in which the patients have excessive sleepiness and the etiology is thought to be abnormal neurologic control of the sleep-wake system. Patients complain of insomnia, they sleep for long periods of time, but the sleep is not refreshing. The diagnosis is made only when no other medical or psychiatric condition can explain the hypersomnia. Narcolepsy is a disorder that is characterized by excessive sleepiness, cataplexy, sleep paralysis, and hypnagogic and hypnopompic hallucinations. Patients with narcolepsy suffer sleep attacks, in which the patient has an irresistible desire to fall asleep during inappropriate circumstances. These sleep attacks are short, lasting 15 to 30 minutes, and the patient feels refreshed afterward. OSA is characterized by repetitive episodes of upper airway obstruction during sleep, associated with arousals or oxygen desaturations. In delayed sleep phase syndrome, the major sleep episode is delayed in relation to the desired clock time, resulting in symptoms of sleep-onset insomnia and difficulty awakening. When these patients are able to sleep when they would like, there is no problem with falling asleep or waking up.

Below is a PSG tracing of several minutes in duration. What is the principal abnormality displayed?

Explanations: There is much confusion about PLMS, including how to score them. The above PSG fragment shows two leg EMG channels, RAT (right anterior tibial) and LAT (left anterior tibial). The upper EMG (LAT) shows marked deflections indicating limb movements (LMs). When four or more LMs occur in specificed pattern, the patient has PLMS. To score PLMS, the LM must have: a duration of at least 0.5 seconds and not more than 10 seconds; a minimum amplitude above baseline of 8 uV; a minimum period of 5 seconds and a maximum period of 90 seconds between any two LMs. The time between the vertical red lines in this PSG fragment is 30 seconds, so the above PSG meets these criteria.

Board Vitals offers over 500 Sleep Medicine Board Review questions, covering both rare as well as clinically common Sleep conditions. Hundreds of independently collected images and sleep studies are included. Check out the Board Vitals Sleep Medicine question bank and start preparing for your exam.