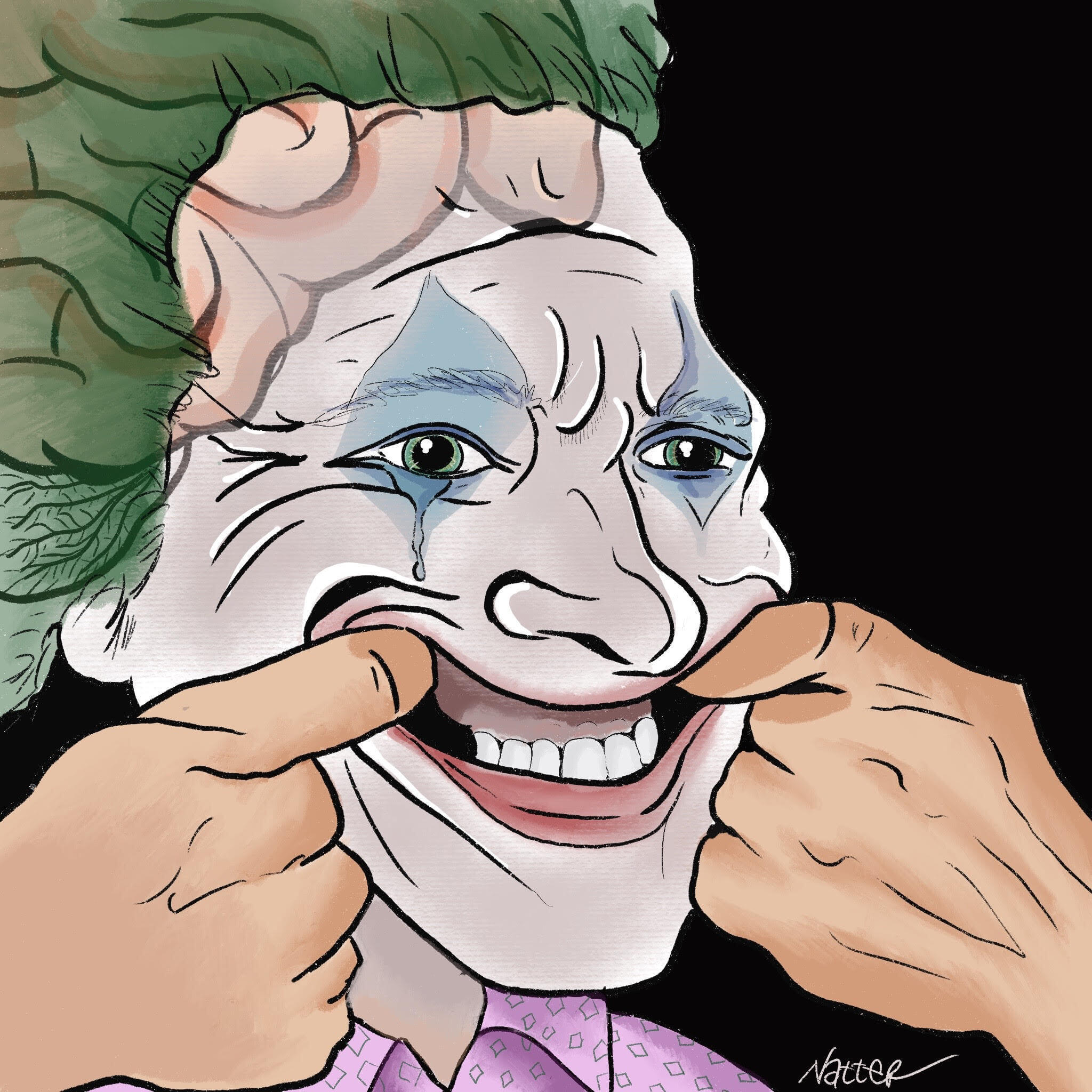 Joaquin Phoenix’s jarring and raw rendition of the title character in the 2019 film, Joker, is most known for the character’s uncontrollable and creepy laughing condition. Laughing when made to feel uncomfortable, crying tears of sadness when seemingly happy, and breaking into a classical ballet-esque dance after a traumatic and fatal altercation. Is this Hollywood or is there some truth to such an affliction? As it turns out, there exists a condition known in medicine as pseudobulbar affect. But did the movie get it right?

Unlike previous Batman-related films, this picture focused less on the struggle between “good and evil,” with the trite and familiar trope of the heroic character coming to save the day from the supervillain. Instead, the film delved deep into the struggle that is within us all, the very human concept of profound strife. Joker tells the story of a man down on his luck battling his lot in life, his environment, and his obstacles, but also something more – mental illness. The movie highlights the failure of our public systems to help those with psychological illness. Yet, there is more to the brilliant portrayal of the title character, Mr. Fleck – a malady manifested by outbursts of inappropriate emotion.

Before we dive into the details of pseudobulbar affect, test your knowledge by answering the following practice question from the BoardVitals Neurology Board Exam Question Bank. The answer and explanation can be found at the end of this article:

A 45-year-old female with relapsing-remitting multiple sclerosis presents for a routine neurological follow-up. She discloses that over the last several months she has been increasingly bothered by extreme emotional lability, sometimes laughing at inappropriate times when she does not even feel happy or joyful. She is very bothered by these symptoms and worries about the way they may affect her occupational and social life. She asks if there are any approved medications for treating these emotional symptoms. What do you prescribe for this patient?

What is Pseudobulbar Affect?

The condition known as pseudobulbar affect (PBA) is characterized by brief uncontrollable outbursts of crying or laughter that are incongruent with the patient’s feelings of sadness or joy.

Also known as emotional lability disorder or involuntary emotional expression disorder, PBA is caused by the disruption of neural pathways between the centers of emotional control in the frontal lobe and reflex centers in the brain stem, resulting in involuntary episodes of anger, laughter, or tears. The episodes are stereotypical and although they may be completely inappropriate responses to an emotional trigger, they may simply be an exaggeration of an appropriate response. In cases where the emotional response is not inconsistent with the individual’s mood, the degree of the emotional response is disproportionate.

PBA occurs as a result of structural changes in the brain in patients with dementia, stroke, Parkinson’s disease, traumatic brain injury, multiple sclerosis (MS), amyotrophic lateral sclerosis (ALS), Wilson’s disease, and tumor. PBA has also been related to lesions of the cerebellum. Studies suggest that in addition to modulation of motor function, pathways from the cortex to the pons to the cerebellum also modulate cognitive and affective function.

PBA is often mistaken for psychiatric conditions, including depression and bipolar disorder. Although pseudobulbar affect is a neurological disorder, up to 35% of patients with PBA have comorbid depression. The outbursts result in patient discomfort and embarrassment that often leads to restriction of activity and social interactions. PBA is distinguished from depression by brief episodes and the absence of sleep disturbance, loss of appetite, or other neurovegetative features of depression.

Who is at Risk for Pseudobulbar Affect and is it Hereditary?

The prevalence of PBA in the general population is unknown, but among patients with specific neurological conditions, including ALS, MS, Alzheimer’s disease, stroke, Parkinson’s disease, and traumatic brain injury, prevalence is estimated at 9.4% to 37.5%, depending upon criteria used for diagnosis. The prevalence among nursing home residents is estimated at 9%. PBA has not been linked to heritable genetic mutations.

What is the Pathogenesis of Pseudobulbar Affect?

Although the pathogenesis of PBA is not clear, it is hypothesized that the cerebellum acts as a modulator for the motor element of emotions, receiving and modulating direct input from the motor cortex, frontal cortex, and temporal cortex. The motor input is normally inhibited by cortical somatosensory input and disruption of these pathways results in disinhibition and inappropriate emotional expression. The primary neurotransmitters involved in PBA are serotonin and glutamate.

Can PBA be Treated?

The first-line treatment is selective serotonin reuptake inhibitors. Tricyclic antidepressants can also be effective due to serotonergic and noradrenergic effects. Recent studies show dextromethorphan-quinidine is safe and effective for the treatment of the disorder.

So did Joaquin Phoenix’s rendition of the Joker get the condition right?

In my opinion, as evidenced by the numerous scenes of his character laughing uproariously when in situations of discomfort or fear, it would appear that Mr. Fleck (aka the Joker) did indeed suffer from PBA. That said, however, Hollywood definitely embellished his presentation. For example, his hyperbolic ballet dance after a trauma would not seem to be explained solely or at all by PBA. Additionally, while it would appear Mr. Fleck may also be suffering from another occult psychiatric condition, he did not exhibit any obvious signs of ALS, MS, Alzheimer’s disease, stroke, or Parkinson’s disease – diseases which we know have been seen to be associated with PBA.

Here’s the answer and explanation to the BoardVitals Neurology board review practice question above:

This woman is suffering from pseudobulbar affect (PBA), which is characterized by involuntary displays of crying and or laughing often without accompanying inner feelings of sadness or joy. The emotional displays are out of proportion to or incongruent with a person’s internal emotional state, are often uncontrollable, and can be very distressing for patients and their caregivers. PBA is less commonly known as involuntary emotional expression disorder. The prevalence of PBA in multiple sclerosis (MS) is estimated between 7-10%, although it also occurs in other neurological conditions. A combination capsule of dextromethorphan and quinidine (known by the trade name Nuedexta) was shown to be effective in several randomized controlled trials of PBA (including on specific to MS cited below) and was granted FDA approval for PBA in 2010. The recommended starting dose for dextromethorphan/quinidine is a single 20 mg/10 mg capsule daily for 7 days, after which patients usually increase to the maintenance dose of a 20 mg/10 mg capsule every 12 hours.

A. Corticosteroids are used for treating relapses in multiple sclerosis. It is quite unlikely that this patient’s subacute (several months) somewhat progressive symptoms signify a new relapse or indicate new disease activity. Furthermore, steroids can exacerbate emotional lability. Therefore, steroids would not be the treatment of choice for this woman’s PBA.

B. Benzodiazepines are used primarily for treating anxiety disorders, which this patient does not have. Although they could be used off-label for treating PBA, they are not approved for this indication, have considerable side effects, and also carry substantial abuse potential.

D. Dalfampridine (known by the trade name of Ampyra) is a potassium channel blocker that is FDA-approved to improve walking speed in persons with MS. It would not be expected to improve PBA symptoms.

Want more free practice questions to help you study for your board certification exam? Sign up for a free trial of any BoardVitals question bank today!

Michael Natter, MD is a current first year Endocrinology fellow and recently completed his internal medicine residency at an NYC hospital. He is a graduate of Jefferson Medical College and is a born and raised New Yorker. His background is in studio art, which he feels enhances his medical training. As a Type 1 Diabetic, Natter always considers himself a patient as well as a doctor, and as such he intends on to practice clinical endocrinology to help those who share his disease.
More from this author