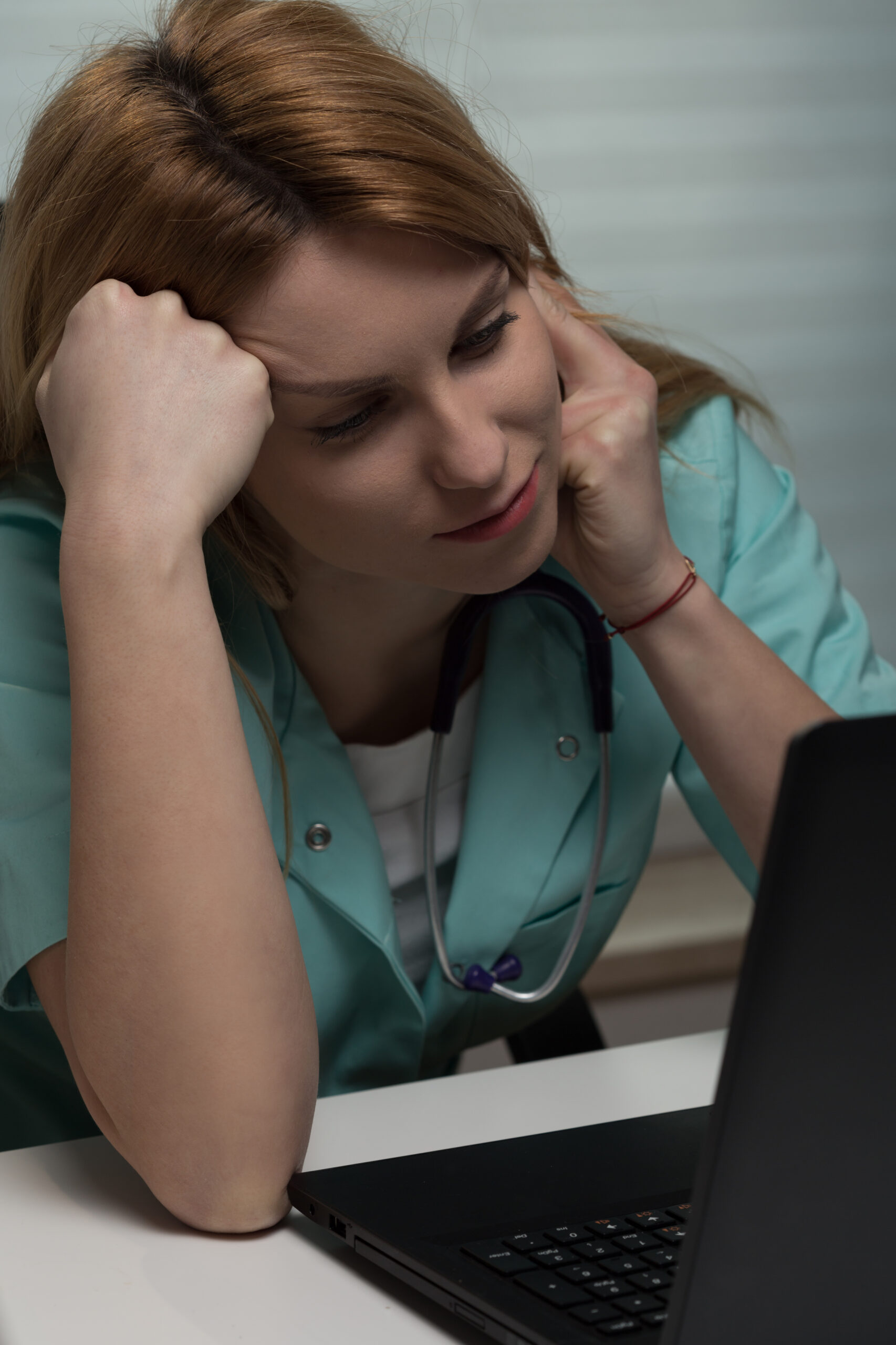 Medical students have 15-30% higher rates of depression than the general population and yet only 15-20% of those who suffer seek formal help. Are doctors too busy or too embarrassed to seek help? Why is a profession rooted in healing causing an epidemic of mental illness?

The statistics are stunning. 300-400 physicians commit suicide each year. Among male physicians, the suicide rate is 70% higher than other professions. Among female physicians in the US, it’s 250-400% higher.

“In a caregiving and helping profession it does not matter whether they are more or less likely to be depressed than those in other professions.” That’s what Thomas L. Schwenk, MD wrote in a JAMA Journal of the American Medical Association editorial; “The prevalence is unacceptably high, with personal and professional consequences. Relieving the burden of depression among physicians in training is an issue of professional performance and one of human compassion. However the best efforts fall short, mostly because of the high levels of stigma attached to seeking mental healthcare.”

Depression is the common denominator of internship

The research agrees on one thing; stress is highest during internship across all specialties. A study published in JAMA Journal of the American Medical Association estimated “the prevalence of depression or depressive symptoms among resident physicians was 28.8%, ranging from 20.9% to 43.2% depending on the instrument used, and increased with each calendar year.”

When depression and suicide begin to look like an occupational hazard, it sends investigators on a search for causation, early indicators, and potential interventions. Dr. Srijan Sen MD, PhD, associate professor, department of psychiatry, University of Michigan, Ann Arbor, is the principal investigator of “The Intern Health Study,” a longitudinal project that examines the stress and mood of about 3,000 interns each year. In a  Becker’s Hospital Review article, Dr. Sen said own experience served as fodder for his studies:

“I was starting an internship myself with a cohort of new doctors. In May and June, we were all interested and had hobbies, and three months later we were depressed, stressed out and breaking up with our significant others.” Stress. Dr. Sen believes the most important external factor for stress is the number of work hours. “There is no real relationship between hours and depression below 55 per week. The ones that work 110 hours a week are almost all depressed.”

The weight of patient care. It’s the first time physicians have real patient care responsibility; making life and death decisions for the first time. Many say they don’t know if they have the adequate training to handle it. This was reiterated in a study of 435 German hospital residents in six different medical specialties. They reported a lack of power, influence, and autonomy in the clinical setting as well as insufficient support from supervisors. That led to feelings of frustration, anger, and helplessness.

Sleep deprivation. A study conducted at King Fahd University Hospital in Saudi Arabia examined the association between sleep deprivation, sleepiness, and depression among medical residents. According to the study, “The vast majority were found to have acute sleep deprivation, more than half had chronic sleep deprivation and daytime sleepiness. Approximately 2/3 of the participants reported mild or moderate to severe depressive symptoms.”

When 305 medical residents, of both genders, of different specialties, from clinical and surgical areas of a Brazilian University Hospital were evaluated, researchers found high rates of burnout and mental health problems. These residents showed significantly lower social skills than those without burnout/depression indicators. This may suggest that interpersonal skills play a role in surviving resident training and that physician supervisors and mentors would be well advised to consider learning social skills as well.

In a letter to the editor of JAMA psychiatry, 3 doctors implored the Accreditation Council for Graduate Medical Education to recognize the gravity of the physician depression issue and address the need for “immediate medical curriculum intervention”. Given the high burden of major depression among medical trainees of all levels, mental health and wellness education should begin as early as medical school orientation. Medical school students should be educated on the risk factors and warnings signs of burnout and depression and be equipped with resilience promoting strategies that will empower them to successfully adapt to adversity”.

Penn State Medical school started “Comics in Medicine” in 2009, which is a class that provides medical students with outlets for self-expression. In the class, students illustrate a formative experience from medical school. These “comics” reveal deep anxieties in the minds of future physicians; 47% of the images illustrate horror; dank dungeons, ghosts of patients, and fiendish, monstrous supervising physicians who were beheading residents. Residents depicted themselves as sleep deprived zombies walking through post-apocalyptic landscapes.

The JAMA viewpoint article says that even though 40% of graduating medical students report experiencing 1 or more forms of mistreatment during medical school, “The portrayals in the comics are far more visceral than survey data and elucidate the professional processes, rituals, and structures that imprint on trainees. They also reveal how students experience those in authority illustrating myriad ways supervisors berate them in toxic work environments.”

But wait… the world wants you

“So a man walks into a bar…” except in this case an Esquire magazine reporter walked around Chicago for a day dressed up as a physician. Guess what he discovered? “People stepped out of his way as he walked down the street, cab drivers waved him through intersections and a concerned hostess at a restaurant offered him water. A shirtless bartender even poured him half a beer with no questions asked.”

He learned people wouldn’t ignore him, look past him or ask him for anything. They would try to help him.

On your worst day remember this; the world respects you, and wants you to succeed. We need you. If you are depressed, ask for help. If you feel anxious, tell someone. You may be tough, but every soldier needs an effective weapon. If you find yourself battling depression, arm yourself with support and help. It’s the only way to carry on.