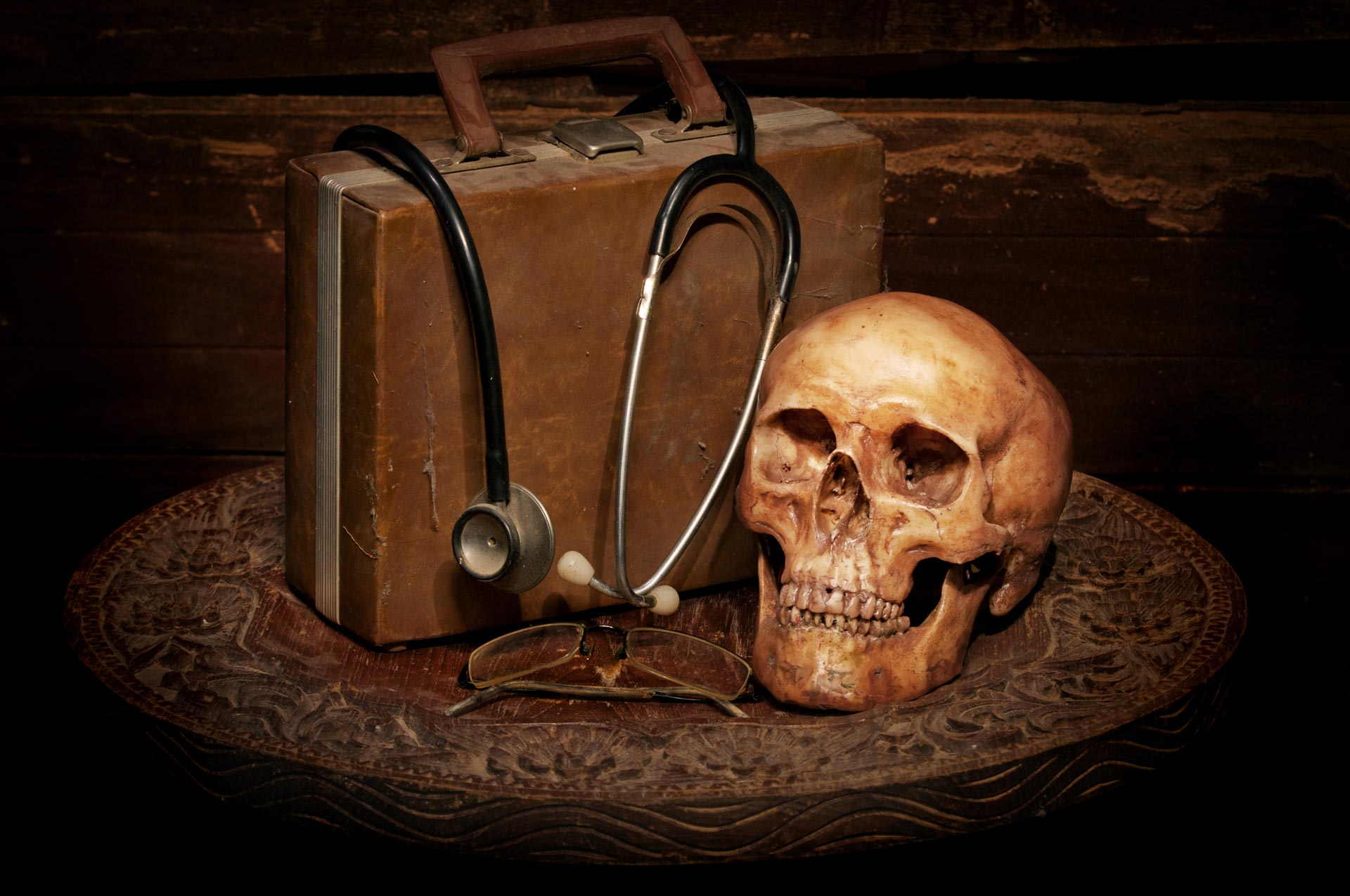 Doctor Marcel Petiot (aka Dr. Satan) was suspected of killing 60 people, but only 23 bodies were found in his Paris home during World War II. French authorities didn’t bother sentencing him to life in prison, he was beheaded in 1946.

Dr. Robert George Clements was a surgeon in Ireland. He was suspected of killing his four wives through morphine overdoses. Before he could stand trial he killed himself with his own overdose.

Dr. Hu Wanlin is considered the “most prolific serial killer in history”, giving British Doctor Harold Shipman a run for his money. His alleged “treatments” were suspected of killing 146 people. It’s a crazy story. According to one account, he was imprisoned for homicide in the 1980s as well as swindling, abducting and trafficking women. While in prison in 1993, he opened a medical practice. A retrial acquitted him of all charges in 1997. When he was released from prison he continued to practice medicine, albeit illegally, in two Chinese provinces where he had allegedly opened two separate hospitals. He practiced for a full year until local authorities banned his practice. He then moved to another province and opened yet another practice in 1998. He was arrested again in 1999, suspected of causing nearly 150 deaths. In the year 2000, he was convicted of practicing medicine without a license and received a sentence of 15 years in prison. However, he was released early, and according to state-run media in China, he was responsible for yet another death, a 22-year-old college student attending one his “health retreats”. He was arrested again. There’s no word on his disposition.

It does prove that doctors make better serial killers, but we think there are several lessons to be learned as well.

If these reports cause you to look over your shoulder while practicing with your colleagues this Halloween, remember one thing: the really crazy ones usually look normal.

6 Creepy Medical Cases That Will Make Your Skin Crawl