What are Plague Doctor Masks? 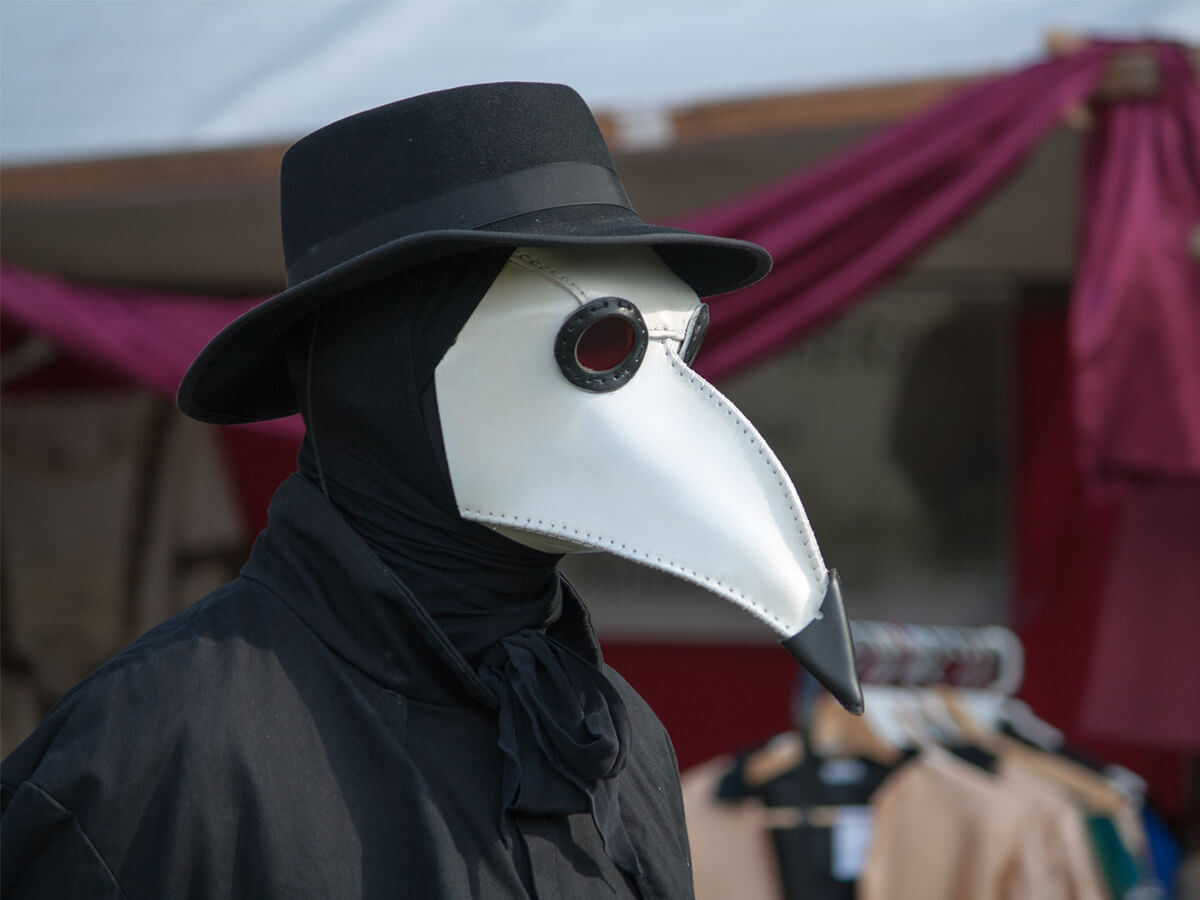 As you search for the perfect spooky Halloween costume, you might come across a plague doctor mask or two. These beaked masks were always a popular accessory (even before the COVID-19 pandemic brought them back into the pop culture world), but you may be surprised to learn about their medical origins. What are plague doctor masks? And why did physicians once swear by them to defend against disease?

The Origin of the Plague Doctor Mask

The plague doctor uniform is most closely associated with the Black Death that swept Europe during the mid-1300s. However, historians believe it actually wasn’t invented until about 200-300 years later in the 17th century by Charles de l’Orne. de l’Orne was a renowned 17th century physician who served as chief physician of Henri IV, Louis XIII and Louis XIV.

Why did doctors choose to wear these beaked masks when treating patients? The full head-to-toe leather outfit (including boots, pants, blouse, and apron) was meant to protect doctors by preventing unwanted contact with those who had the Plague. Many thought that the disease was airborne, and that these accessories would prevent doctors from breathing in deadly air. The beaked mask portion covered the entire face and intended to protect the wearer from the unwanted smells of disease.

As a sign of status (and as was typical fashion of the time), the doctors also wore a black hat. Plague doctors would carry a long cane to inspect the flesh of those overcome with the plague, to move a patient during treatment, or possibly to ward off those who sought treatment.

What are plague doctor masks, and what went into their design? Curved glass lenses covered the eyes of the plague doctor mask, and a large beak shaped piece covered the mouth and nose. In the bottom of the beak sat dried flowers and herbs, which were meant to make the smell more pleasant for the wearer. Common additions included roses, carnations, mint, cloves, myrrh, camphor, or a vinegar sponge. Not only did they make the “bad air” smell better – these herbs and flowers were thought to actually counteract the disease.

The Role of the Plague Doctor

17th century plague doctors did more than just treat the afflicted. They also kept a tally of the death toll, buried the dead, and recorded the last wishes of those dying. In some situations, doctors had to perform autopsies for the recently departed.

Even with this outfit (which modern medicine will tell us was next-to-useless), many doctors still died from the disease. Interestingly, the inventor of the “uniform,” de l’Orne, lived until his 90s.

Still hunting for a spooky and on-theme Halloween costume? Don one of these beaked masks – you’ll have the perfect answer if people ask you why they were ever worn. Happy Halloween!

Social Determinants of Health in Seniors