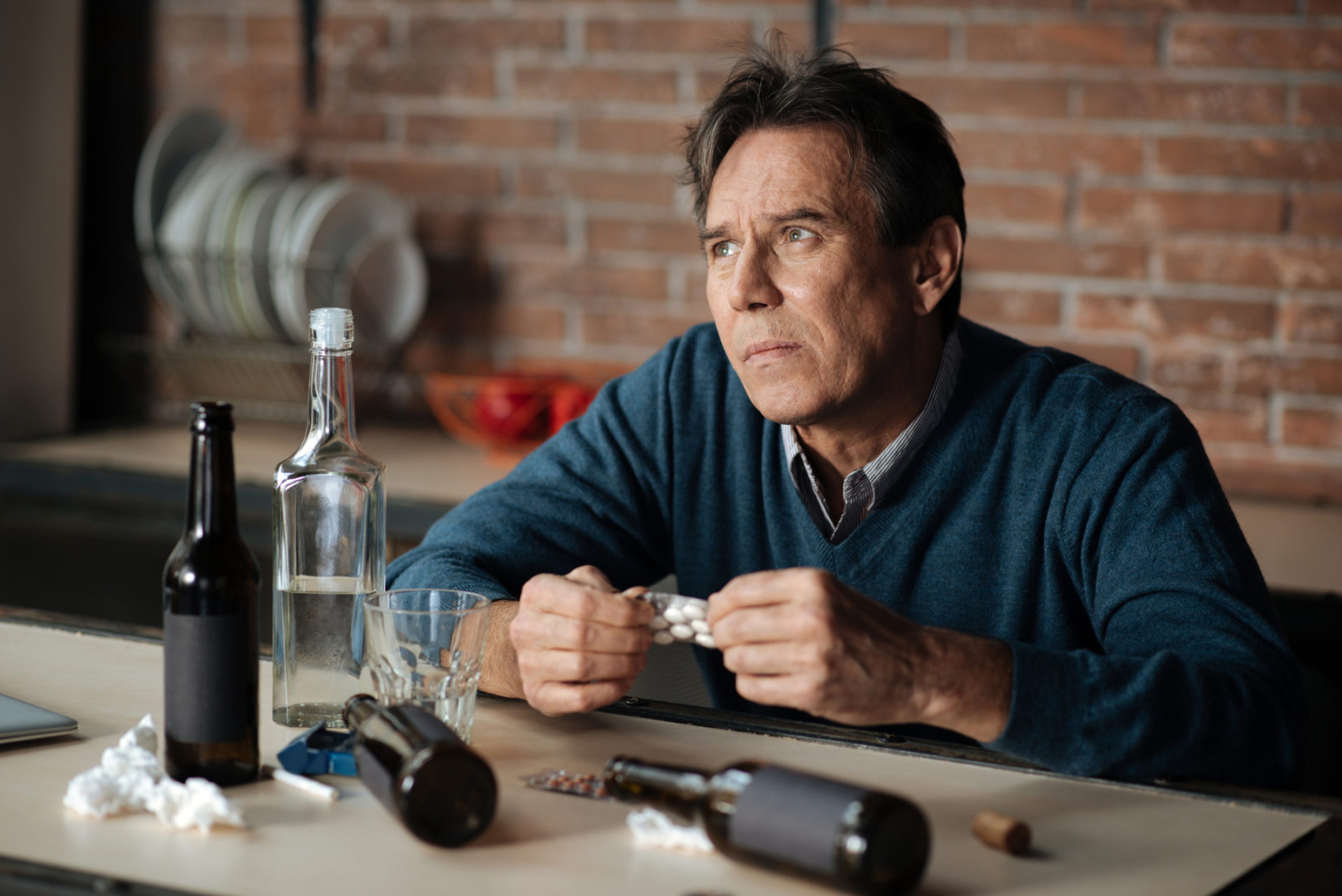 There is a commonly held belief that physicians have one of the highest rates of alcoholism and substance abuse of any profession, but is it true? In an attempt to answer that question we looked at clinical studies from around the world. We read online student forums and read numerous news accounts. We scanned medical and non-medical publications, clinical journals and physicians’ personal blogs. We even used different search engines. We arrived at two main conclusions:

1: This is a confusing and contradictory landscape; studies report one thing, physicians on the front lines report quite another.

2: The stories and anecdotes of physician alcohol and substance abuse are chilling and far more frightening than any clinical statistic could reflect.

Here is what you need to know about physician alcohol and substance abuse – reported from the front lines of medicine.

The PCP, the Drug Addict

Peter Grinspoon, MD, a primary care physician in Boston and an instructor at Harvard Medical School, wrote about his own addiction in the Los Angeles Times. The headline was: Up to 15% of doctors are drug addicts. I was one of them.

In his guest column he wrote:

“It wasn’t until the state police and the DEA were sitting in my primary care office that I finally stopped denying that I was hopelessly addicted to prescription opiates. The DEA agent said, ‘Doc, cut the crap, we know you’ve been writing bad scrips.’ The windows in my office didn’t open, otherwise, I might have jumped out and fled. As it was, I was charged with three felony counts of fraudulent prescribing.”

“My access to prescription medications was virtually unlimited. Drug companies send doctors free samples. Patients bring in their unused painkillers for disposal. Colleagues freely write a scrip or two as a professional courtesy. And I foolishly made illegal use of my own prescription pad.”

The Surgeon, the Junkie

An article in Men’s Health entitled “The Junkie in the O.R.” discussed the issue of anesthesiologists who are addicted to their own drugs. The article quotes studies by John Booth, MD, a former Duke University anesthesiologist, and Mark S. Gold, MD, a psychiatry professor at the University of Florida’s McKnight Brain Institute.

Dr. Gold’s study found that in 20 years of records in the Physicians Recovery Network, anesthesiologists were “overrepresented by a staggering 500%.”  Dr. Booth said, “And that includes only the addicts who had been caught.”

Anesthesiologist Dr. Junig (first name withheld) regularly set up meds for his patient – and took some for himself. He shot up fentanyl in the men’s room to stop the sweating, coughing, and headaches that occurred every time the drugs wore off – about every six hours. He was one of the most sought-after doctors at the hospital, living in a very private hell. As he told Men’s Health; “It’s so awful, and you just run around frantically, trying to find something to get you through the day. Then you try to find something to bring home and set aside so you have some in the middle of the night, but it’s gone by 8 PM. You go to work the next day feeling terrible—exhausted, sick, coughing, anxious, ashamed—but you have to pretend you’re totally calm and sunny.” He was caught before he injured any patients.

The horrifying story of anesthesiologist Dr. Jay Angeluzzi: 36 year-old Sadie Cole went into the hospital for a straightforward tubal ligation, a surgery that is conducted many times a day. Sadie went into cardiac arrest and stopped breathing on the operating table. The OR team managed to get her heart going again but only after her brain had been deprived of oxygen. What happened?

According to Men’s Health, Dr. Angeluzzi, had behaved bizarrely during the procedure. First, he’d failed to recognize that Sadie had stopped breathing, even after the electronic monitor’s alarms sounded. Then, instead of examining her, he’d turned off the alarms and left the room. It was nine minutes before anyone noticed Sadie was not responsive. By the time she was revived, her brain had been oxygen starved and ruined.

Dr. Angeluzzi had a history of substance abuse, psychiatric treatment, and failed institutional rehabilitations. Mrs. Cole wasn’t his only victim.

These are just two of the numerous stories of physicians prescribing drugs for themselves, sneaking a bit on the side here and there and in some cases, depriving patients of the drugs when they are most needed.

The Indian Journal of Medical Research published a study on medical students and found that “Nearly one-fifth of medical students abuse at least one substance despite knowing the ill effects with the main predisposing factor being the psychological stress.”

Forum threads in The Student Doctor Network support this finding.

I am currently/was a third year general surgery resident and was abruptly fired from my program on Friday for showing up for a rotation intoxicated. I have had a problem with alcohol since I was an undergrad and my alcoholism has recently gotten to the point that I need to drink intermittently throughout the day to function at my optimum. I have absolutely no clue on how to handle this mess that I have got myself in. Becoming a surgeon has been all I ever wanted to do since I was in high school and now less than 2 years out I have no program to train at. I also don’t have skills in any other field whatsoever.

I personally know two doctors, one surgeon one internist, who do ecstasy pretty often. From what they are saying, it is fairly common in the medical field.

One thread in The Student Doctor Network shows how students borderline abuse propranolol to help them study.

Has anyone ever tried using propranolol to help relieve anxiety and to increase your ability to focus and study? I have never tried ritalin but while studying for both finals and the MCAT a week ago I tried propranolol to reduce the anxiety. This completely reduces anxiety and makes it easy to focus on what you are studying rather than on the future and tests.

I have a legal prescription for Ritalin and I will be taking it as well. I did practice tests with and without it and found I did a bit better with the ritalin. I dont give a crap what anyone else says about it, I dont abuse it and if anything its a psychological edge.

People, it’s not abuse if you know what you’re doing. You can’t jump on these people without knowing whether they took the right precautions. It’s like the media getting into a frenzy over ephedra and prohormones when they are basically harmless when used as directed and are far less dangerous than alcohol or cigarettes (and unlike the latter two, can actually enhance one’s health). It doesn’t make sense to get in a tizzy over this.

Really guys, this is pitiful, and dangerous. Adderal is a dangerous amphetamine and it shouldn’t be taken as a performance enhancer. To freaker… your statement that “it’s not abuse if you know what you’re doing” is very reminiscent of the language of people who become addicted to prescription medication. This is a bad road to start down, and success on the MCAT is not worth the terrible risks of drug abuse.

I really encourage you people who use Adderal or Ritalin at your own discretion to stop, because you’re only hurting yourself in the long run. This is really nasty guys.

See Something, Suspect Something – Take Action

What should you do when you know that a colleague is in a dangerous place and exhibiting the signs of alcohol or substance abuse? The American Medical Association Code of Ethics says you must report it immediately. Yet, an article in Physician’s Weekly reports that of physicians who know that a colleague is abusing drugs or alcohol, one in three said they did nothing.

That’s unfortunate, to say the least, because studies show that doctors are extremely successful in recovery. Dr. Grinspoon, an addict himself, succeeded in recovery, regained his medical licence, and served as associate director of the Physician Health Service, helping addicted doctors recover. Grinspoon says that doctors succeed in recovery at an exceedingly high rate, nearly 70-80%.

“When doctors abuse drugs and alcohol, they must be met with compassion and care. Instead of reflexively revoking or suspending licenses, state medical boards can usually ensure patient safety by keeping doctors at work under careful monitoring. I’ve seen the recovery process return better doctors to productive practice, strengthening the qualities most people want in a caregiver — humility, empathy and patience.”

A study reported in Alcohol and Alcoholism also found a high success rate for physicians in recovery. The study looked at the long-term recovery rate for 100 alcoholic doctors over the course of 21 years. It found a 73% recovery rate. Of the doctor they studied:

For the first six months of recovery, there was a strong correlation between recovery and abstinence, as well as attending self-help group meetings. That can only work if the doctor’s behavior is reported.

If you suspect a colleague has a substance abuse problem:

For those of you who have watched the popular TV series, Lost, you may recall the above scene where Dr. Jack Shephard confronts his Chief of Surgery father about performing surgery while intoxicated. Would you report it if you were in Jack’s shoes?