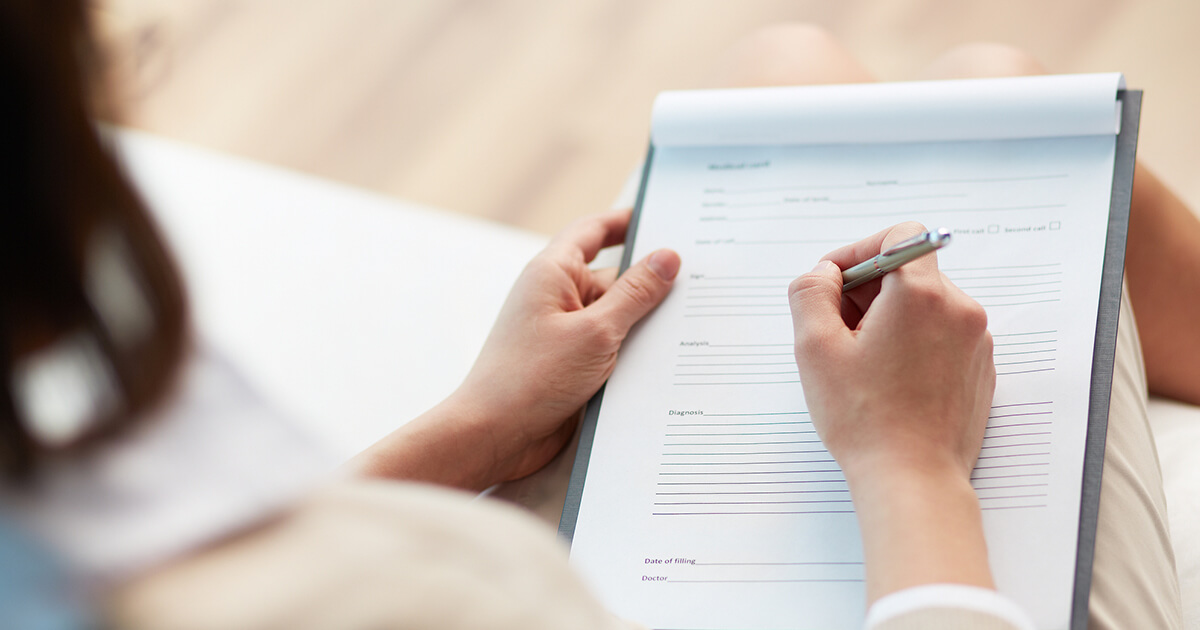 The following is a sample taken from the BoardVitals Psychiatry Vignette Question Bank. Note that on the real exam, students are not allowed to rewind the videos, or move backwards and forwards between the questions. This type of question represents the cases that are found on nearly half of the Psychiatry Boards.

The most likely diagnosis is (Choose two):

The patient reports around 3 years of persistent low mood, with no episodes of feeling well in this time. It is possible that this represents a prolonged major depressive episode, however, the patient does describe a recent worsening of symptoms which could easily suggest a dysthymic pattern, and now with major depression in addition to this. The major depression diagnosis is much clearer here, since she endorses clear symptoms of depression, including somatic symptoms, excessive guilt, and thoughts of death. This last feature, and the clear worsening of symptoms, distinguishes it from just being dysthymia (PDD). The patient does not endorse characteristics of borderline personality disorder here. There are no reports of mania to suggest Bipolar disorder. There is also no evidence for this being factitious.

The DSM-V criteria (in brief) for PDD include:

1)Depressed mood for most of the day, on more days than not, for at least 2 years (in patients under 18 it can also be irritable mood and only needs to be 1 year)
2)Presence of 2 or more of: decreased appetite or overeating, insomnia or hypersomnia, fatigue, poor self esteem, poor concentration, hopelessness, and difficulty making decisions
3)During this time period they have not been asymptomatic for more than 2 months at a time
4)They may meet major depressive disorder continuously for this time period
5)No manic, hypomanic, or cyclothymic criteria have been met
6)Not better explained by any psychotic disorder or a substance or other medical condition
7)Symptoms must cause significant distress or disturbance

What additional diagnoses should be considered here? (pick two)

A, borderline personality; and C, PTSD.

Additionally, she reports trauma in the past that sometimes seems to recur. This is consistent with possible PTSD, pending further evaluation into her history and symptoms. Bipolar II is less likely here. Her report of “energy” is one of anger that changes within a day. This is far less consistent with a sustained hypomania over several days that would suggest bipolar disorder. The other disorders do not have good evidence to suggest them.

What would be the most appropriate first next step in treating this patient? (pick one)

D, inquiring further about thoughts of self-harm. The most immediate concern in this patient is that she had expressed thoughts of dying. It is not yet clear how serious this is, or if she has an active plan. Knowing this is an essential next step.

Which of the following should be the most appropriate next step? (Choose two)

A) Inquire whether the her mother might be willing to take her to the emergency room for evaluation
B) Schedule a close follow up with a safety plan
C) Call an ambulance to take patient to the ED
D) Discuss safety plan with patient and mom, and have patient check in within the next day

The patient is making highly concerning statements about her safety. At this point, she is in need of hospitalization. In some cases patients can be taken voluntarily to the hospital. The doctor might be able to talk with the patient and her mother to arrange for her to be taken this way, although if the patient resists, she may have to be committed and sent by ambulance.

The patient resists attempts by her mother to take her to the ED for evaluation of suicidal thinking. The mother takes the doctor aside and asks what else the patient said during the interview. The appropriate response would be: (choose two)

A, not share information unless patient consents; D, ask the mother what concerns she has.

Even though the patient is quite ill, it is still not appropriate to share clinical information with a relative unless the patient consents to sharing this. It would also be appropriate to ask the mother what additional concerns she may have had.

Think You Can Answer These 6 Psychiatry Board Exam Questions?