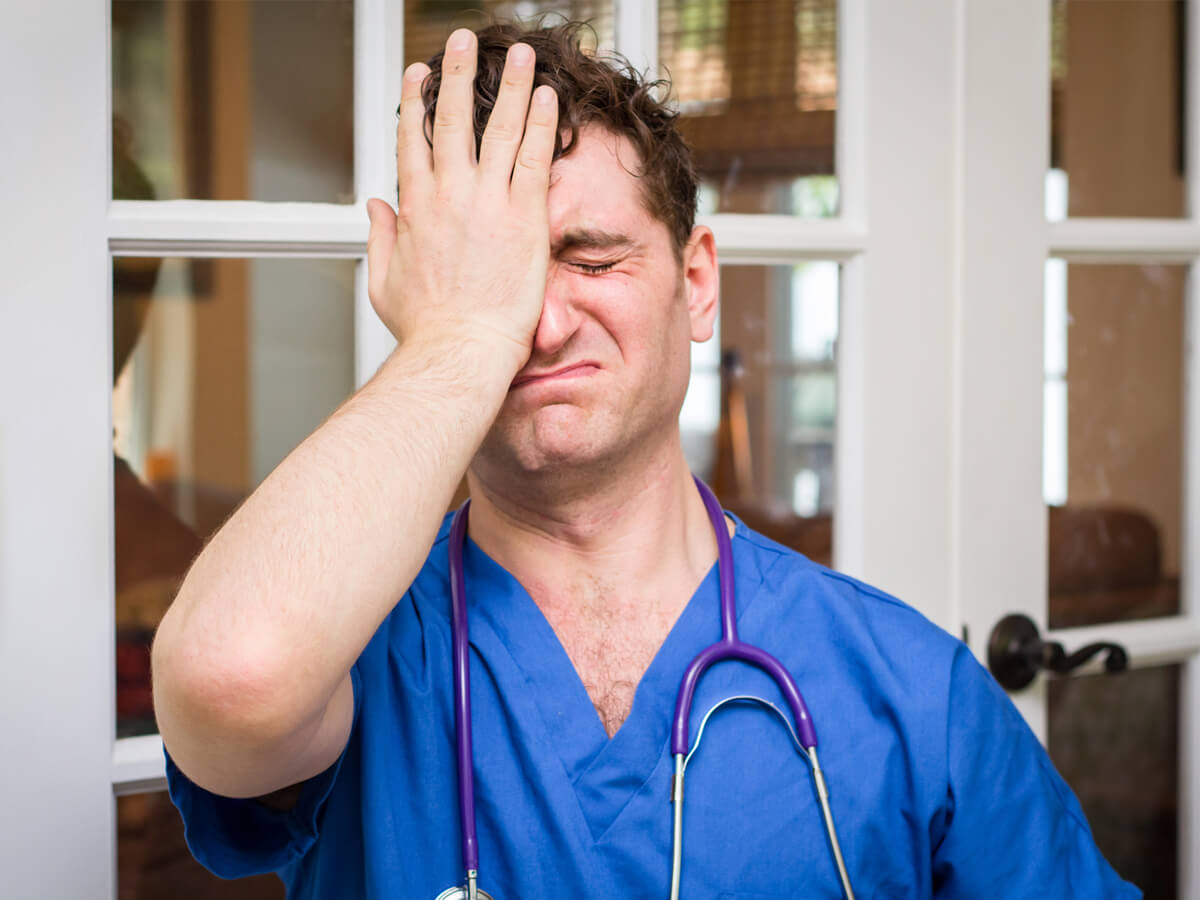 The unfortunate truth is that nurses get fired. Not laid off, not transferred – fired. It’s uncomfortable to contemplate and discuss, but nurses need to know what can potentially lead to firing in the current environment. There are many reasons for termination; from unsubstantiated claims to legitimate events. They can include patient errors, HIPAA violations, causing undue risk for an employer, and social media mistakes. Knowledge is power, and you need to know what may put your employment at risk.

Nurses are held to high moral and ethical standards. They are a result of each individual’s upbringing, self-teaching and life experience. However, unless those are clearly defined in the employee handbook, they are subject to personal interpretation. In an attempt to understand what the nursing profession thinks of as “moral and ethical”, read the American Nurses Association Code of Ethics, which consists of nine provisions and interpretative standards.  You should also read your state’s nurse practice act. It defines safe, competent nursing, as established by state law, in each state. It is also a good idea to check with your employer’s ethics committee to see if they have guidelines you should review.

2. Misrepresentation of Your Work

It’s another name for falsifying documentation and in 100% of the cases it is indefensible. When nurses chart something that didn’t happen and/or care they did not provide they are frequently caught, disciplined, fired and, in some cases, charged criminally. One egregious example is a nurse, Yolanda Monsalvo, at a skilled nursing facility who made at least 50 false entries in the medical record stating that she had given a bedridden dementia patient his medications, turned him to prevent bed sores, and had taken his vital signs. In reality, she did none of those things. The FBI got involved in the case and she was convicted of four counts of forgery. Remember, one false documentation is one too many and could result in loss of your job.

Malpractice is a serious offense. It is defined as ‘negligence, misconduct or breach of duty by a professional that results in damage or injury to the patient”. Although mistakes happen, Allnurses.com recommends protecting yourself from malpractice claims in the following manner:

Unfortunately, there are many cases of nurses diverting drugs for their personal use. Sometimes it is to feed personal addiction, other times it is to make money; both are illegal.

When a nurse is caught diverting drugs it can result in criminal prosecution, loss of license, loss of employment, jail time, home monitoring, detox, rehab and more. It is a very serious offense that can mean the end of the road professionally for a nurse.

The best defense is a good offense; never, ever begin diverting drugs.

Falsifying work history will bite you just as quickly as falsifying medical records. Healthcare is a tightly knit community and even if your lie isn’t discovered at the beginning, eventually someone at your employer will know someone at your previous employer and your history will come to light. Do not make up education, training, or certification. This includes the status of your nursing certification. Make absolutely sure of the date when you should renew your nursing license and take care of it promptly. Then, don’t lie, don’t embellish, don’t exaggerate on a job application.

All the world is a window on social media. There are two points to remember:

When you are on social media avoid these mistakes:

Some may find these guidelines offensive and unduly limiting given in a country where free speech reigns supreme. That is true, however, as a nurse you hold yourself to a higher standard and that must be reflected in your social media accounts.

When caution, judgement, and the law is cast aside, firings occur. Just as they did when a certain star from a TV show, Empire, ended up in the hospital. More than 50 employees at the Chicago hospital couldn’t contain themselves and illegally accessed the actor’s medical record. Some said they didn’t go past the name screen in the record, but that was not a defense. They all lost their jobs.

Audit trails of electronic medical records can clearly show who accessed a patient record, from where, and when. Remember, if you are not involved in the direct care of the patient, you are not allowed, under any circumstances, to access that patient’s medical record. HIPAA is very, very, clear on that account.

While it may seem like common sense to abide by these laws and mandatory guidelines, not all nurses feel that way. Some consider them to be optional. They are not. Good nurses know these rules by heart and weave them into the fabric of their professional lives. It’s part of a genuine commitment to the profession and guarantees the ability to carry out one’s higher purpose – healing patients.

The Graveyard Shift Struggle is Real. Am I Right, Nurses?