Mental Illness Among Physicians: Do I Have to Report My Illness?

While the stigma surrounding mental illness is being reduced in many ways, many remain afraid to report their own mental illness honestly. Fear of job loss, peer pressure, and stalled careers may lead some to avoid answering those questions honestly on job applications. For physicians, fear of losing one’s license plays a pivotal role in this decision to not disclose their feelings. The problem is, that the fear may also deter physicians from seeking treatment.

The number of physicians suffering with mental illness in increasing and the problems begin early. Even before the traumatic conditions experienced by healthcare workers during the COVID-19 pandemic, almost 30% of medical residents reported symptoms of depression. Burnout is so widespread that it is now considered to be a disease. Physicians in particular are suffering from increasing rates of burnout, suicide and depression. 300-400 physicians kill themselves every year – that’s the size of one medical school class. Compared with the population at large, female physicians are 2.3 times more likely to commit suicide and male doctors are 1.4 times more likely.

How can reporting a mental illness help? If physicians felt they could report their mental illness honestly, without fear of reprisal, they might be able to access support and treatment.

What is driving fear?

Many physicians simply do not want to report issues with mental illness due to a fear that it would impact their career. One survey shows that 1 in 15 surgeons had had suicidal thoughts “recently” but more than 60% hesitated to seek help for fear that it would affect their license. The more direct the question on employment applications, the more hesitant the doctor is to answer honestly. For example, in some states the question is “Have you ever been treated for a mental health condition?” In all likelihood, most physicians are going to answer no.

STAT reported the story of Dr. Steven Miles, “…a well-respected gerontologist and professor of biomedical ethics at the University of Minnesota Medical School.” While teaching his students one day he commented that he was “living proof” that one could be a great doctor even while living with mental illness. He was trying to talk openly to them about the dangers of untreated mental illness after a student had committed suicide.

Several months later, Dr. Miles was filling out the annual renewal form for his state medical license. The questionnaire asked several questions, including if he had ever been diagnosed with one of several psychiatric conditions. He answered yes. What followed was what every doctor dreads:

“The Minnesota Board of Medical Practice began an investigation, demanding a letter from his psychiatrist and full access to the records of his psychotherapy sessions. Miles refused, arguing that the board’s request was overly invasive and served to deter physicians from seeking help for mental health disorders. After a four-year standoff and threats of legal action, the board backed off. Miles still sees patients and teaches, and his bipolar disorder is well-controlled with medications and therapy.”

Using mental health issues to restrict a physician’s right to practice is actually against the law; specifically the Americans with Disabilities Act (ADA). However, medical boards are faced with the conundrum of following the law while simultaneously protecting patients. It presents an ironic situation; boards want doctors as healthy as possible as they care for patients. Yet, the threat of rescinded licensure prevents doctors from reporting mental illness and seeking the very treatment that will support mental health. While medical boards do not want impaired physicians practicing medicine, their actions place them squarely in the cross hairs of the mental health reporting issues. 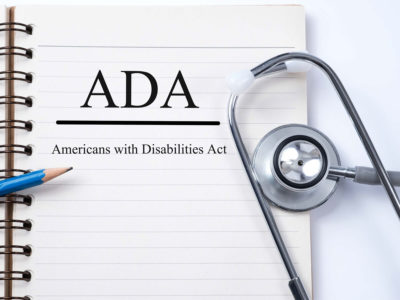 The ADA protects Americans with mental illness. For the purposes and protection of the ADA, the definition of mental illness includes anxiety disorder, depression, attention deficit/hyperactivity disorder (ADHD), bipolar disorder and schizophrenia.

It’s a difficult situation and one that needs to be addressed immediately. Millions of physicians are suffering and working with mental illness. The stigma remains, regardless of the fact that many types of mental illness can be treated effectively. We all need to bring mental illness out of the shrouded corner and make it acceptable to discuss, report, and above all – treat. It’s essential for all of us, and our physicians.

If you or someone you know is struggling, there are many support services that are here to help. Reach out to the National Suicide Prevention Lifeline: 1-800-273-8255 (TALK) Veterans press 1 to reach specialised support. Press 2 for Spanish-language support

What Are Doctors and Nurses Most Thankful For In 2016?
Physician Shortages: Where They Are & The Most Needed Specialties
Should Doctoral-Prepared Nurse Practitioners Call Themselves “Doctors?”
doctor 31 doctors 31 mental health 5 mental illness 2 physician 34 physicians 27