How I Became a Surgical Technologist 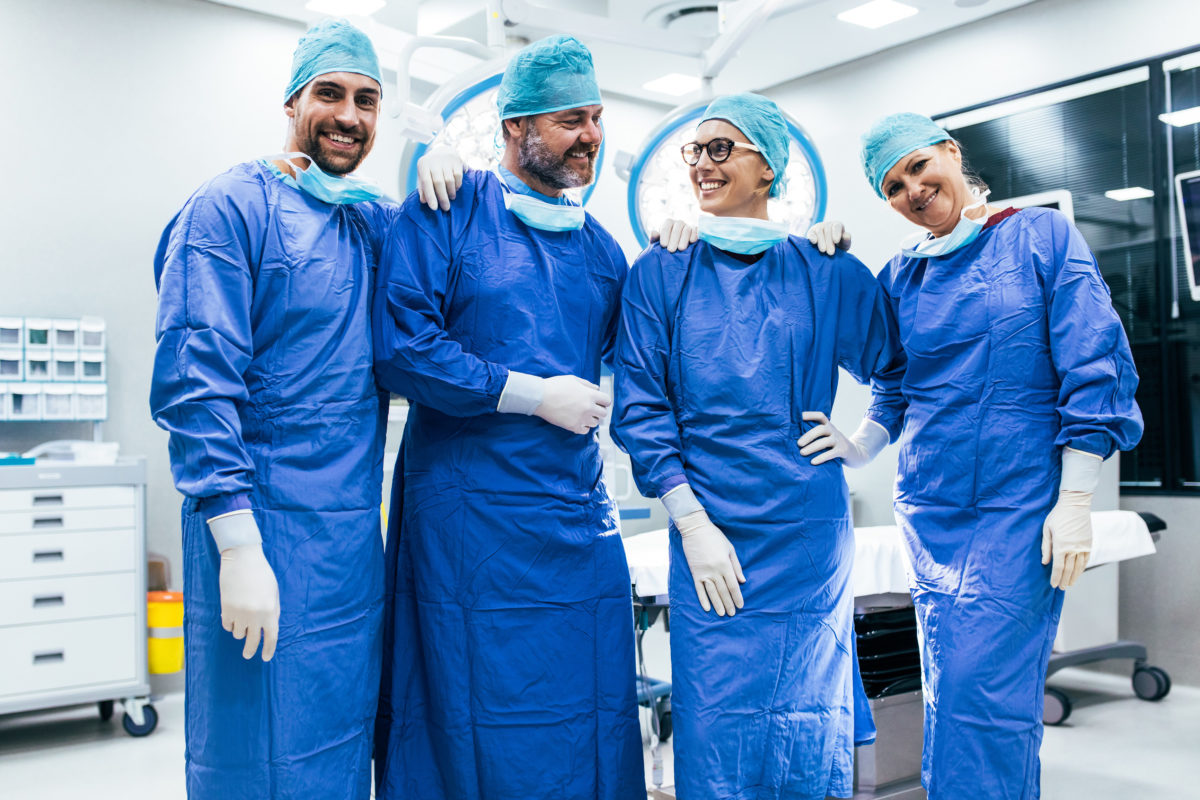 Choosing Surgical Technology as a career path wasn’t something I always planned on doing. I managed health clubs for more than 13 years, but it became apparent that the fitness industry was becoming very saturated, so I decided to make a career change.

I started to look for something that was steady and would allow me to provide for my family, but also something that I was interested in. In 2002, I found out my mother needed open heart surgery to replace her Mitral Valve, so I began researching the surgery to gain a better understanding of what the operation would entail and what to expect post-surgery. In my research, what I enjoyed the most were the videos of actual surgery procedures. I was impressed by how every little detail was scrutinized and followed in order to make sure the surgery was a success. I eventually learned about Surgical Technology and the many avenues that specialty opened, and I decided to pursue it. Becoming a Surgical Technologist would help me break into the surgical field, while earning a college degree simultaneously. A few years later, I enrolled at the Swedish Institute College of Health Sciences.

Starting the Surgical Technology program was overwhelming. I had to learn so many different medical procedures and topics such as pharmacology, anatomy microbiology and more. It’s safe to say that I was intimidated.

The deeper into the surgical technology program I got, it became more and more intense. I tried so many different outlets for studying and never found one that was really working for me, so I started to search the web for anything that could help me stay on top of all of my work. I tried Quizlet, various medical apps for surgical technology, and even reached out to friends and professors for help. That’s when the director of my school introduced my classmates and I to BoardVitals.

I signed up for BoardVitals and voila! A new me was born. The content in their Surgical Technology Question Bank was clear and concise, which helped me learn and study more efficiently. BoardVitals delivered exactly what they said their product would do.

I was extremely nervous on exam day– who wouldn’t be? The exam started and I was in shock because the first 20 questions on the exam were so close to the questions I studied on BoardVitals. The further I got into the test, the more confident I became. I knew that I had worked hard and studied the right way. Being diligent with studying and not taking shortcuts paid off tremendously. I can truly say because of BoardVitals, I passed my NBSTSA exam and I am now officially a Certified Surgical Technologist.

For anyone thinking about becoming a Surgical Technologist, the best advice I can give is to never give up. It’s going to be a tough road but it is so worth it in the end. Absorb as much as you can when you’re in school and remain confident. When it comes to taking the NBSTSA exam, do not just memorize answers when you’re studying. Learn to utilize your critical thinking skills, because when you’re in the OR you’re thinking must be on high alert. Study a lot but also take the time for you to relax mentally. Before the exam, eat something healthy and not too heavy in order to help jog your memory and most importantly stay cool and calm. Of course, everyone has their own study styles that work for them, so take my advice and adjust it as you see fit.

Thomas Silvera is a Certified Surgical Technologist. He was born and raised in the Bronx. He is a family man that loves spending time with his wife and kids. In his spare time, he keeps himself busy going over surgical procedure and binge-watching Netflix. Find him on Instagram at @thesurgicaltechnologist.

Everything You Need to Know About the ATI TEAS Test

Why Are Scrubs Usually Green or Blue?