Healthcare Roundup: Concussions and Strokes, and Pink Viagra, Oh My! 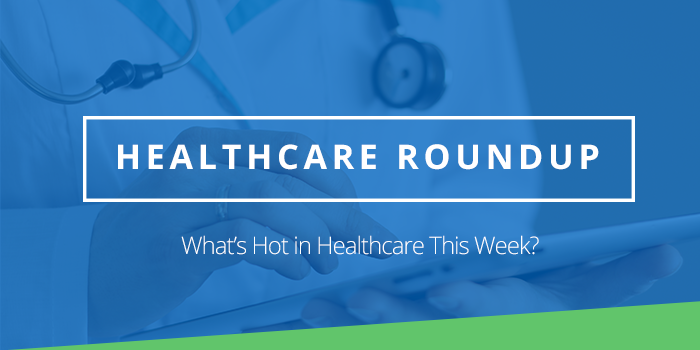 From “Pink Viagra” to a rise in concussions, the healthcare arena is buzzing with interesting news. Here’s a look at what’s hot this week.

A Racial Gap in Attitudes Toward Hospice Care – Kaiser Health News
Nearly half of white Medicare recipients enroll in Hospice before death, compared to just a third of black patients. When it comes to end-of-life care and decision making, African Americans are much more likely to put faith in last-minute medical interventions, such as resuscitation and mechanical ventilation, even when recovery, or even survival, is nearly impossible. The cause of this gaping disparity is a deep-seated distrust of the medical establishment by African Americans, who have historically been denied care and even victimized by the system. Read the article here.

As FDA Approves “Pink Viagra” for Women – Los Angeles Times
Research has shown that up to 8.3 percent of American women ages 30 to 70 experience “distress” as a result of a lack of sexual desire, but that all may be about to change. For the first time ever, the FDA has approved a drug designed to boost women’s sex drive. Dubbed “pink Viagra,” the drug, flibanserin, will be marketed as Addyi. It works by boosting serotonin levels in the brain, and could be effective for pre-menopausal women everywhere. Read the article here.

Concussions Can Occur in all Youth Sports – New York Times
Concussions have been making headlines ever since the NFL last year recognized the long-term brain damage that can result from years of game play. Now, parents, advocates, and administrators alike are turning their attention to youth sports, focusing on protecting the sensitive developing brain from sports-related impacts. At issue: the pressure young athletes often feel to “shake it off” and get back in the game. Fifty percent of high school athletes, and 70 percent of college athletes have failed to report concussions they sustained on the field. Read the article here.

States Looking To Encourage Vaccinations – Kaiser Health News
The Disneyland measles outbreak that began last December and eventually affected 147 people in seven states has been a game changer. Suddenly, states are sitting up and taking notice of vaccine exemptions, by which parents can state a moral or religious objection to their child receiving a vaccine, and be excused. Across the board, states, especially those with high exemption rates, such as Oregon and Colorado, are looking at ways to make exemptions harder to obtain, or doing away with them altogether. Read the article here.

Researchers Link Longer Hours and Stroke Risk – New York Times
Recently, British medical journal The Lancet published a study showing that people working 55 hours or more per week have a 33 percent greater risk of stroke and a 13 percent greater risk of coronary heart disease. The study included data from some 600,000 individuals throughout the U.S., Australia, and Europe. It’s by far the biggest study of its type, though Dr. Stephen L. Kopecky remains unconvinced. “Job strain,” or the level of demand relative to control placed on an employee, has more effect on an employee’s health than sheer duration of the job. “You have higher blood pressure when you have job strain,” Dr. Kopecky said. “And guess what that’s associated with? Stroke.” Read the article here.

Healthcare Roundup: Is The End Of Hunger Near?